Someone Will Not Like It: United States Oil Supplies to Belarus

On May 15, the beginning of the supply of American oil to Belarus was announced. The raw materials were purchased from United Energy Trading through the mediation of the American company Getka and the Polish company UNIMOT. Adam Sikorski, CEO of UNIMOT, comments on the deal.

The head of the US State Department, Mike Pompeo, during his visit to Minsk, spoke about the competitive price of American oil. What price are you talking about? 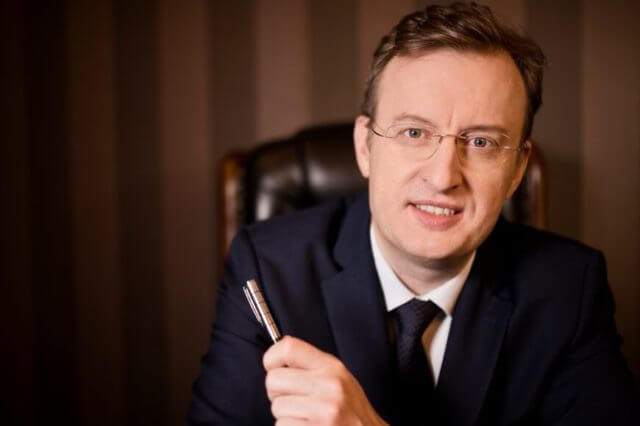 This is the part of the contract that I cannot talk about. Probably, I will not reveal a big secret if I say that this price is lower than the one that is now on the world market. I read comments about that it will be very expensive and so on … No, in my opinion, this is a competitive price.

This is all I can say because it is a commercial contract, we are a public company and we must ensure that all investors have equal access to information. We do not disclose it.

What guaranteed volume are we talking about?

Now we are talking about the first ship with 600 thousand barrels or about 80 thousand tons. The first delivery is intended in order to check all the logistics. I think that in the near future (over several weeks) it will be possible to assess the correctness of delivery, unloading, and already in early June, we will know for sure whether the transaction will have a long-term continuation.

For our part, we are working a lot, including with the American side and at the governmental level to ensure that this supply is not one-time, but becomes long-term.

The UNIMOT press release deals with the supply of American and Saudi oil. How much oil will be delivered from the USA and Saudi Arabia to Belarus?

Everything will depend on trading conditions. And from a commercial point of view, it is very good that Belarus today has a choice between the three largest oil producers in the world – Russia, Saudi Arabia and the United States. In the end, where the supply will come from is the decision of Belarus.

I think that this will be influenced by commercial moments. Because prices are changing very quickly now, discounts and more are offered. Therefore, today it is too early to talk about what kind of mix it will be and what the proportion of each variety will be.

Will deliveries to Belarus go through Klaipeda or are there other delivery methods?

I know that there has been a lot of talk about this for a long time, a lot of consultations are being held, including the Polish territory, in terms of creating alternative, maybe more convenient delivery channels. It is a question of insufficient supply efficiency through Klaipeda, which has limited railway capabilities. And the reverse through Poland in the future may be more.

There are good delivery options from the south – through Odessa. The main thing that I see is a systematic approach and a universal assessment. As we say in Poland, Krakow was not immediately built. Therefore, you need to wait a bit before everything works at full capacity.

But when they ask me if this project is something unrealistic, I give an analogy with how the LNG terminal in Świnoujście was built in Poland. Back then, they also said: why, for what? But the diversification achieved has shown that the choice gives a lot – at least the best negotiating position.

The supply of Russian oil to Belarus has become an element of big politics. How much is this (oil supply from the USA) a political project and is there any economic feasibility in it?

It cannot be ruled out that a political element is present in this project. After all, all over the world, oil is associated with politics, and it is hard to expect that it would be otherwise in this case. But in a situation of coronavirus and falling demand for oil, we are returning to a situation that is beneficial to Belarus, Poland and, in general, to customers and consumers of oil. This is probably good. But the highest value of this project is that there is an opportunity to choose.

And in the future, it doesn’t matter if it will be American or Saudi oil, maybe Norwegian or Iraqi – this infrastructure can be used for any oil from any corner of the world. I will say it again about Świnoujście: ten years ago it started with gas from Qatar, and today there is gas from anywhere.

Therefore, I would not overestimate the political component. The end customer, in this case, is Belarus, which gets the opportunity to choose a supplier. Previously, there were no logistics opportunities, which greatly limited Belarus in its choice. Much has been said around this project about politics, although in reality, it is very pragmatic.

What is the intermediary function of UNIMOT in this transaction?

We are a fully commercial company. Life shows that the passage of new paths – and this, of course, is a new path – requires elasticity, a deep knowledge of the topic and all specifics. And our knowledge and expertise played a crucial role here because we knew what would work and what wouldn’t work. We were also needed as a kind of bridge that connected the two sides. Because somewhere lacked mutual trust. Some problems were from Belarus, others from the United States. Poland once had ambitions to become a bridge between East and West.

Well, our company played exactly this role. This was not a political role. We focused on very specific aspects – logistics and commercial. There were a couple of difficult moments, but I’m glad that everything worked out. I did not participate in conversations with Pompeo, or – earlier – with Bolton. I know of course, what they were, but that’s absolutely not my field.

The Polish side is involved in the deal. What is the role of Poland and the government in trying to diversify oil supplies to Belarus?

In my opinion, the turning point was dirty oil, last year. This scandal put players in the market both in Poland and Belarus before the fact that there might be some kind of problem that was not taken into account in any risk assessment. No one ever considered that such a risk could arise in the delivery of Russian oil. But this happened – like an epidemic of coronavirus. And things began to happen that no one had ever considered before.

For example, when oil was pumped from Poland back to Belarus. The pipeline, which used to work on one side, suddenly began to work in both directions. This was the moment when Russia lost confidence. I’m not talking about politics now. I’m talking about business when there is the confidence that the supplier will always supply oil because there are guarantees and there is a pipe. Suddenly something happens that he cannot deliver.

In such conditions, naturally, the question arises: “Okay, but where else can I buy?”. After this – mind you not five or ten years ago – there was an acceleration of the discussion in this direction.

Of course, such a signal came from the Polish government. This has been noticeable in the last two or three months, especially after the meeting of the Polish Minister of Naimski with the head of the Belarusian Foreign Ministry and the launch of a small, and then a larger reversal of oil to Belarus.

Such things should happen at the government level, and after that, negotiations with the business are easier, all problems are resolved faster. This was an important signal, but, I repeat, I did not participate in anything.

I repeat, this is indeed a very pragmatic project that provides the opportunity to buy oil from the south, west, east and north, and provides an opportunity to choose. Again, I will give an analogy with our LNG terminal in Świnoujście. Sometimes it makes sense to pay more in order to be able to buy cheaper in the future.

And today, the buyer has a huge weight in the oil market. The buyer chooses a supplier. The problem is that we need the infrastructure that will make this choice possible.

Therefore, this is a very strong step. I know that someone will not like this, and we can guess who exactly, but they will have to reckon with this. After all, this is a normal situation when the buyer has the opportunity to choose the best offer on the market.

This interview is also available in Russian on Reform.by.