Belarus: introducing elements of the state of emergency

On October 29, Aliaksandr Lukashenka announced the creation of armed «people’s squads» from among the former military. The next morning, he met with the representatives of the ministry of interior stating

«We will be taking no prisoners”… “From today on, especially in the apartments of citizens where they [protesters] hide, we will take no prisoners. If someone touches a soldier (I already made a remark to the generals), he must be leave at least without hands. I say this publicly so that everyone understands our further determination. Further ahead, this is the end. We have nowhere to retreat, and we are not going to retreat. The ones who are ready, let’s act.»

These remarks follow recent interview of [now former] minister of interior Yuri Karayeu who not only acknowledged there is “war” taking place in Belarus now, but also stated that the well-being of militziya (police) and their families now depends on their ability to get a gun out of holster.

On Thursday October 29, Lukashenka appointed [now former head of KGB] Valeri Vakulchik and [now former minister of interior] Yuri Karayev as presidential aides («помощники президента») in Hrodna and Brest regions. This is yet another marker that the regime will further evolve towards the rule of individuals specializing in the use of force / violence. Although almost every authoritarian regime uses various repressive actions, in military regimes this component dominates over every other.

The first significant milestone in the evolution of Belarusian authoritarianism towards a personalist military regime was the appointment of the head of the presidential administration, Ihar Serheenka, Maj.-Gen. of the KGB, in December 2019.

The second significant episode was June 2020 reshuffling in the Belarusian government. Silovik Raman Halouchanka replaced economist Siarhei Rumas in the prime-minister’s chair. Then, KGB Maj.-Gen. Ivan Tertel replaced the head of State Control Leanid Anfimau (who was having a background in industrial policy and management with a Belarusian twist).

By August 9, 2020 elections, the conditional “civilian” component in Lukashenka’s ruling team was minimized. Siloviki gained control over all serious decisions in all fields of life (namely, the Security Council, KGB, the Ministry of Internal Affairs, State Control / KGK, the Investigative Committee, the Prosecutor General’s Office, as well as the security forces at the head of the presidential and government administration).

The appointment of Vakulchik and Karayev can be considered the third milestone. The “civilian” component in the management level of the Presidential Administration is being washed out and replaced by the military and state security component.

However, in current situation of emergency for the ruling regime, the formal hierarchy is not as important as the functionality of the position “here and now”. The position of an aide in an unstable region in the middle of protest sentiments is very important. Although, formally, a downgrade took place, the situation does not look as clear as in “calm” times.

Regardless of speculations about Vakulchik and Karayev falling out of Lukashenka’s favor for any reason (the Russian factor, insufficient effectiveness in suppressing protests, etc.), there is a clear tendency to further strengthen the power component of the ruling regime while pushing away the “civilian” one.

Belarus is being pushed into a de-facto state of emergency with no formal announcement. The installation of the state of emergency in the interest of Lukashenka’s regime is being promoted by the Minsk Dialogue Council on International Relations (“Minsk Dialogue”), a think-tank informally known as a government-organized non-governmental organization (GONGO) associated with the Belarusian MFA and specifically the acting foreign minister Uladzimir Makei (although claimed otherwise by the founders of Minsk Dialogue).

In a recent on-the-record video interview Dzianis Melyantsou, a coordinator of the Belarus’s Foreign Policy Programme of Minsk Dialogue, supported the idea of the state of emergency to repel peaceful protests (translated from Belarusian):

“If I was asked what to do in this situation, it would’ve been a lot more effective for everyone to declare the state of emergency or introduce the martial law and stick to these measures. It solves a lot of questions, including the cut-off of, let’s say, the civil population. The one who goes out into the streets… you immediately see that he wants to do something bad. So, the representatives of the general public who were on their way to buy a hypothetical long loaf will not become the victims of repressions. It also allows to legally do many other things of limitation nature. It is not being done. And as much as we can see after the elections, most of what is being done by the state] are not measures, these are half-measures.”

It is not the first time Minsk Dialogue is getting actively engaged in whitewashing of the Belarusian regime. However, it is the first time the representative of Minsk Dialogue promotes violence against the protesters on the record. The initiative, and specifically, its founder Yauheni Preiherman, played core role in promoting Lukashenka’s regime as a “donor of Eastern European security” to the Western democracies in the last five years, and was engaged in whitewashing Lukashenka’s regime in pre-elections time locally and internationally.

The abrupt closure of the border for the entry of all individuals including Belarusian citizens (except for diplomats, international drivers, and operators of international trains) is certainly not related to the coronavirus. The authorities do not really care about public health, as the first wave of the epidemic showed. Excess mortality in April-June 2020 was about 6.700 people compared to 2019 data.

A decision to shut down the borders for mostly everyone including own citizens is a decision that has to be announced to the public at least 24 hours in advance. In addition, the airport continues to operate. In fact, now a few additional elements of a state of emergency are being introduced in certain regions of Belarus.

After appointing Karayev, Vakulchik and Aliaksandr Barsukou (now former vice-minister of interior) as aides, Lukashenka actually assigned the role of Soviet “zagradotryad”, NKVD-style anti-retreat detachements. These people will now personally control and supervise the members of civil “vertical of power” in Brest region, Hrodna region and Minsk. And, apparently, Lukashenka provided them with the role of commandants of these territories even without formally announcing a nationwide state of emergency.

According to the Law «On the State of Emergency», the commandants determine special regime to enter and leave specific territory where the state of emergency has been declared.

Further propulsion of the elements of the state of emergency is being reinforced by, Lukashenka’s announcement of further stimulation of armed paramilitary structures, ” the people’s squads” («народные дружины») from among the former soldiers. The Law on the state of emergency does NOT mention any paramilitary structures (only the forces and means of the ministry of interior, state security, internal troops, and the ministry of emergency situations). We have all grounds to name the ongoing status of an illegal and lawless type of emergency under the national legislation of Belarus.

According to the law, in order to activate the Law on state of emergency, Lukashenka should have signed a decree with a clear listing of reasons for the need for such a measure, the forces, and means to ensure it, the period of its validity, and so on.

If desired, he could refer to either the coronavirus, or «riots» (Article 3 of the Law), or both.

On the other hand, any decree is just a formality for Lukashenka. For many months now, certain elements of the state of emergency have been introduced in Belarus without any nominal introduction, without any decrees and / or convocations of “senators». All this (il)legal framework is based on verbal orders only, as it happens in the last 85 days.

Lukashenka motivated Karayev and Vakulchik in the following words:

«The airborne assault brigade in Brest is oriented towards this by law. And a huge motorized brigade is deployed in Hrodna. This pillar is for you, and for siloviki, and for governors over there. The power component. I say this openly and do not hide it. Everyone should understand this.»

In fact, with a verbal order Lukashenka bypasses the Article 20 of the Law on the state of emergency. It says that “when a state of emergency is declared throughout the territory of the Republic of Belarus, the commandment over all troops and military formations is forwarded under operational subordination of a state body determined by the president of the Republic of Belarus”.

Thus, Vakulchik, Karayev and Barsukov were appointed as “commandants” (for the Brest region, Hrodna region and Minsk) without any formal application of the law on the state of emergency. 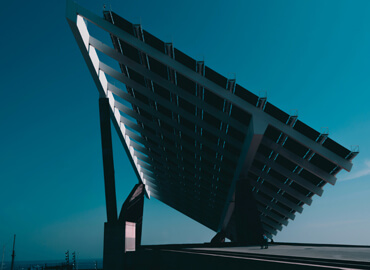 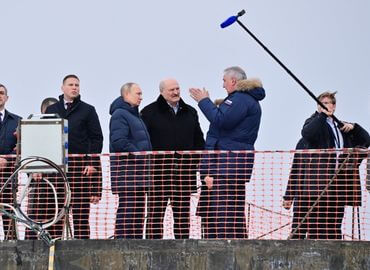 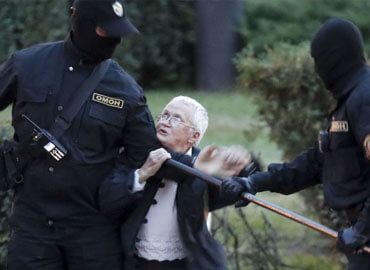