TSIKHANOUSKAYA HAS COMPLETED HER WORK VISIT TO FINLAND

In particular, Tsikhanouskaya met with President Emeritus of PA OSCE Ilkka Kanerva and Finnish Parliament representatives on the matter of the development of a platform for dialogue under international mediation and possibilities for organizing new elections in Belarus  in the autumn of 2021.

Since recently, the team of Sviatlana Tsikhanouskaya publishes detailed weekly achievement roundup of her work.

Official representatives of Finland confirmed they will support the fourth EU sanctions package, OSCE mediation in the solution of the political crisis in Belarus, provide help to independent media and human rights defenders, reconsider cooperation with companies supporting Lukashenka’s regime.

Member of Tsikhanouskaya’s cabinet Valer Kavaleuski, gives a detailed overview of international policy of the president-elect and her team in an exclusive interview to Germany’s national broadcaster Deutsche Welle. 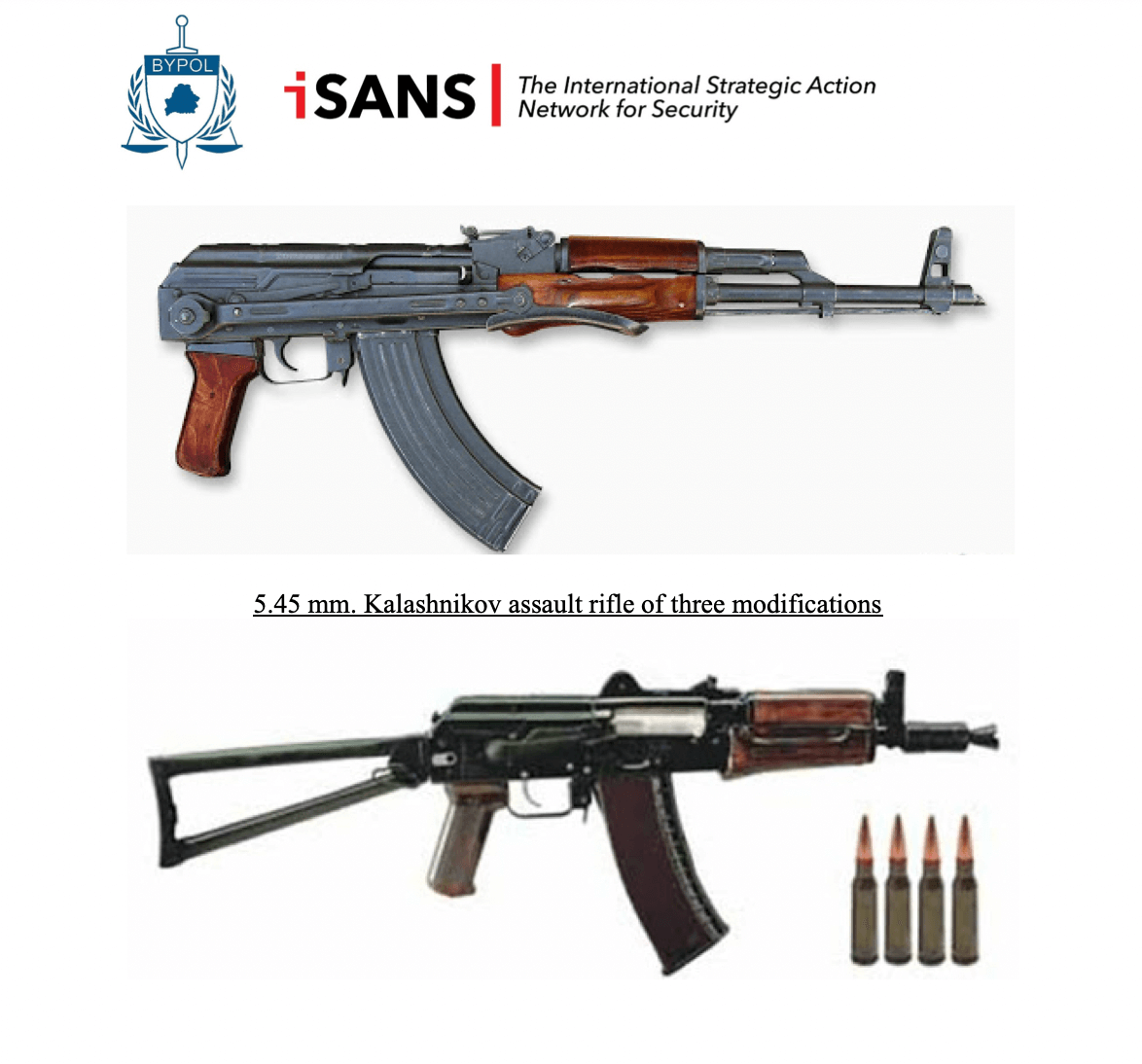 REPORT ON ILLEGAL USE OF WEAPONRY BY BELARUS STATE SECURITY

BYPOL and iSANS have prepared a joint report on illegal use of weaponry and explosives by Belarus state security and law enforcement agencies against peaceful assemblies.

WARNING: On the behalf of iSANS, we would like to kindly notify you that the document contains extremely graphic and shocking images of severe physical injuries caused by weapons used by Belarus state security on and after 9 August 2020. These photographs may be disturbing and harmful for your mental health unless you have special training. Please, ignore the link above if you are unsure about your ability to observe severe traumas and human injuries.

The use of many weapons identified by BYPOL (which stands for Belarus police and whose formal name is Solidarity Association of Belarusian Law Enforcement Personnel) and iSANS teams is lethal military weaponry: the use of such items against civilians clearly violates international human rights standards. Moreover, such weaponry has been used by Belarus military units involved in violent disperse of peaceful protesters that led to lethal casualthies among civilians. Only in Minsk, over 1,140 people sought medical help with protest-related injuries cause by state security (including gun wounds and injuries from military-grade explosives).

In their latest article for Foreign Affairs, Vlad Kobets (the executive director of iSANS) and David J. Kramer (former US assistant secretary of state for democracy, human rights, and labor, and currently the director of European and Eurasian studies and a senior fellow at the Vaclav Havel Program on Human Rights and Diplomacy at Florida International University’s Steven J. Green School of International and Public Affairs) discuss Russian supply of lethal weaponry and trainings provided to Belarus state security just before August 2020 events.

BYPOL ALSO published a leaked record of the former Minister of Internal Affairs Yury Karayeu who urges state security officers to pursue those who threaten state officials «and get rid of them». In his public address to law enforcement employees, Karayeu (who is responsible for mass use of torture, illegal use of weaponry, and murders of civilians during August 2020 events) clearly separates law enforcement servicemen from the rest of Belarus society and labels civilians «the adversaries» in clearly military meaning of this term.

«Freedom Worldwide» report published by Freedom House last week, exposes true scale of human rights violations in Belarus that have reached the scale of atrocities in Yemen and Gaza Strip, both being belligerent territories with failed public institutions. Freedom House acknowledged that both the judiciary and law enforcement in Belarus ceased to perform their charter function. The report comes a few weeks after Amnesty International reached similar findings and acknowledged that both judiciary and state security were turned into «weapons of repressions».

In light of the High Commissioner’s report indicating “long-standing, chronic patterns of systemic violations and impunity”, a group of global human rights organizations and Belarusian diaspora urged the Human Rights Council of the United Nations to facilitate a process of accountability to perpetrators of gross human rights crimes in Belarus through the creation of a new mechanism that can lead to identifying perpetrators and holding them to account.

As a rule, the perpetrators bare no responsibility for their wrongdoings, while the victims suffer from torture, intimidation and face real prison terms of up to 11 years in clearly politically-charged cases involving torture of civilians. In new «best practice» from militsiya employees, having any combination of white and red in residential windows or balconies is treated as picketing followed by two weeks arrest. Since recently, expensive property (such as cars) is being stolen without explanations when civilians refuse to cooperate with state security and don’t obey to illegal instructions of plain-clothed state-security employees.

Two weeks ago, the UN acknowledged having the information on at least 4,644 complaints filed in Belarus since August 2020 on the matter of state-orchestrated violence against civilians.

This mechanism suggested by international human rights groups and Belarusian diaspora to bring the perpetrators of human rights crimes in Belarus is recommended to have the following elements, according to signatories of the letter to UN HRC:

As of today, a total of 269 persons is acknowledged as political prisoners with 13 (names available here and here) of them acquiring such status over the last week only. In February 2021, according to Viasna human rights center, at least 102 sentences were handed down on political grounds (48, including three minors, were imprisoned, 47 were otherwise restricted of liberty).

In the first week of March, 36 people were detained on just one day in growing crackdown on administrators of activist chats. Despite a wave of arrests, 211 days after last year’s election, civil resistance campaign continues and the next large marches are expected around March 25.

FEMALES WERE INTENTIONALLY TARGETED DURING 2020 REPRESSIONS

In 2020, Belarus became the most dangerous country for female journalists working in the FSU region. Female reporters were targeted in at least 382 attacks (with 96% of attacks conducted by state security officials – including militsiya and OMON units). In at least 11 cases female journalists suffered severe injuries from targeted gunshots, the use of stun grenades, or were badly beaten during arbitrary arrests.

Overall, women are currently targeted in at least 141 politically-motivated criminal case. 49 females are in jail or under home arrest. 38 females are acknowledged as political prisoners.

Belarusians demand an international investigation into possible participation of the Red Cross Belarus in falsification of elections. International campaign #TyrannyPoisonsRedCross was launched by the National Anti-Crisis Management (NAU / НАУ, a  «shadow-government-like» organisation created with approval of the Belarusian Coordination Council, and led by Pavel Latushka) last week to raise awareness of Red Cross Belarus activity. The campaign draws global attention to reported involvement of the Belarusian Red Cross Society (BRC / БОКК, further – Red Cross Belarus) in falsification of elections in Belarus (with particular role of BRC representatives in 2019-2020 campaigns).

National Anti-Crisis Management has reportedly identified a group of 2998 Red Cross Belarus representatives who took part in election commissions during 2020 rigged elections in Belarus. In at least 362 cases, Red Cross Belarus representatives signed final election protocols created at polling stations where the results were clearly falsified as was proven by verified ballots of voters who cast their ballots for Sviatlana Tsikhanouskaya on August 9, 2020.

2532 of 2998 Red Cross Belarus representatives in case were also members of elections commissions during rigged 2019 parliamentary elections, but for some reason represented other organizations.

National Anti-Crisis Management (NAU / НАУ) reached out to International Committee of the Red Cross (ICRC) global headquarters and requested ICRC’s opinion on whether Red Cross Belarus failed to comply with the principle of neutrality and international treaties governing the work of ICRC, including the Geneva Convention. NAU requested to stop all financial support to Red Cross Belarus and strip it of membership in ICRC network due to the organization’s role in falsification of elections.

NAU also sent letters to Citibank, Raiffeisen, Credit Suisse and Deutsche Bank demanding these major banks to shut down correspondent accounts of two Belarusian state banks, Belarusbank and Belinvestbank. This effort is a part of the «Belarusian Liberation Plan. Spring 2021», a  campaign aimed at blocking bank services for the organizations responsible for election falsifications and subsequent violence against civilians in Belarus after 2020 elections.

International trade union IndustriALL has demanded the Belarusian Steel Works (BSW) to stop politically-motivated prosecution of workers and return of all workers who were laid off on political grounds. Alternatively, IndustriALL will urge all key business partners of BSW to boycott Belarus state-owned corporation and paralyze the plant’s supply chain.

Following a staged show conducted by the national Olympic Committee to convince the West that athletes in Belarus are not being subject to political repression, Lukashenka’s son was «voted» to the position in first alternative «election». Personal trainer of Lukashenka’s youngest son Mikalai (Dmitry Baskov) was also suspended by the IOC and his election was not recognized after he was linked to kidnapping and murder of democratic activist Raman Bandarenka. Baskov still remains the head head of the national ice hockey federation of Belarus, and a close ally of Lukashenka.

Since the regime clearly has done nothing to fix the situation with hundreds of athletes facing bans on work and arrests for expressing their political opinions in media, Belarusian sportspeople will likely attend the Games in Tokyo under Olympic flag (the decision on the matter is yet to be made, but seems very possible). All top state officials of Belarus have been banned from IOC events, while related organizations are recommended to follow IOC decision.