What should be done to bring the perpetrators of the human rights violations in Belarus?

On Sunday evening, the US President Donald Trump has signed the 2020 Belarus Democracy, Human Rights And Sovereignty Act. The United States continue to increase pressure on the regime in Belarus, and to the best of our knowledge, this tendency will gain momentum fast in the next few months.

A few days before Donald Trump signed the bill into law, the prime sponsor of the bill, Congressman Chris Smith, has acknowledged the repressions in Belarus should be treated as crimes against humanity. Congressman Smith urged the International Criminal Court (ICC) to consider and investigate the atrocities in Belarus «very seriously». Although Belarus is not a party to the Rome Statute, the atrocities in Belarus can be investigated and prosecuted by the ICC once such cases are acknowledged as having cross-border character (like in the most obvious case of at least three citizens of Poland who have been tortured in Belarus detention centers in August 2020).

The 2020 Belarus Democracy, Human Rights And Sovereignty Act lists measures to assist Belarus, expands the U.S. president’s authority to impose sanctions against Belarus and its officials, recognizes the Coordination Council as a legitimate institution to participate in a dialogue on a peaceful transition of power, repeatedly does not recognize self-declared president Lukashenka as legitimate leader, and, very importantly, does not recognize the inclusion of Belarus into “the so-called Union State” in the light of growing risks of annexation of Belarusian state by the Russian Federation.

No later than April 2020, the U.S. Secretary of State and the Director of National Intelligence will submit a report on the threats to Belarus, and will research Russia’s engagement in ongoing current political crisis that now lasts for 142 days. Meanwhile, recently leaked documents show that the Kremlin has activated its work with Belarusian public and political figures to set up a newly-established political party and speed up integration with Russia. iSANS team discussed the topic of pro-Russian party-building before the leak naming key figures and initiatives engaged in construction of new pro-Russian political parties and relevant support infrastructure. The parties are created in line with the so-called «constitutional reform» which imitates political dialogue without any nationwide talks. 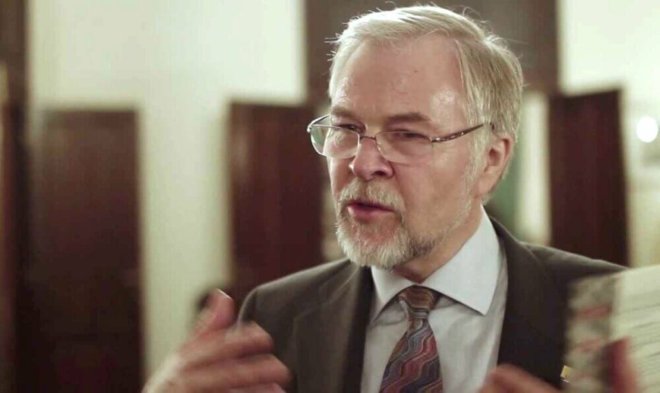 Benedek presented his report on human rights violations in Belarus on 5 November 2020 and prepared an extensive list of recommendations for Belarus authorities, OSCE member states and the international community. One of key recommendations is the establishment of judicial institution that will ensure prosecution of all officials engaged in repressions – especially the politically-motivated killings, torture, forced disappearances, rape, and other gross forms of violence and fundamental human rights violations. The complete version of our conversation is available in Russian on our website. Some highlights can be found below in English.

«I have, in particular, recommended to establish an independent international body for the in-depth investigation of the crimes which have been committed in Belarus. Such a body should document all the evidence – so that it is can not be lost. And so that there is a possibility of doing justice to the victims as soon as this becomes possible. Such a body can also create awareness on the ongoing human rights violations and it can also mobilize support against what is happening in Belarus.

For such a body or mechanism I foresee a multiplicity of actors acting within a multi-stakeholder approach. Actors from NGOs, from governments that are interested (like the 17 invoking states for the Moscow Mechanism), from international organizations as well, should all cooperate together so that the existing expertise is being used as much as possible. And forces are joined in order to come to solid and fast results.»

On investigative institution that can be a comparable example in case of Belarus atrocities:

«It’s a bit difficult to say because I cannot see a good similar precedent for that. But what I have on my mind is a kind of international commission of inquiry. Such commissions have indeed taken place in various historical contexts in order to investigate what has happened in terms of major human rights violations. Partly they were organized by the United Nations, partly – outside of the UN.»

On three core steps that the international community can do to bring to justice the perpetrators of human rights violations in Belarus:

«The collection (and ensuring the security of evidence at the highest level possible) should always be the first step. Because for future judicial procedures you will need very good evidence.

The next step, obviously, is to use existing possibilities of judicial accountability. We talked about the principle of universal jurisdiction and possible indictments in interested countries which have respective legal systems.

On current role of Belarusians in bringing the perpetrators to justice:

«The Belarusians can document everything that is happening. A lot is being done with the help of lawyers, with the help of local NGOs supported by international NGOs and so on. So, this documentation is very important. I understand that the people who have gone through sometimes traumatic experiences after August 9, would rather forget and leave these behind. But in their own interest and in the interest of their co-citizens, their friends and neighbors, the Belarusians in general they should undergo the sometimes difficult process of proper documentation of what they have experienced. It also helps to overcome such experiences.»