Expert: Belarus may resell Russian gas to the EU

The Ministry of Energy of Belarus also confirmed this: «In total, Belarus plans to import about 300 million kWh of electricity from Russia in September.»

It is interesting that electricity is being imported in September as is the explanation for this given by the Ministry of Energy.

Until 2014, Belarus imported from Russia and Ukraine. After the conflict in 2014, there was a coal shortage in Ukraine and with it the import of electricity from Ukraine essentially ceased. 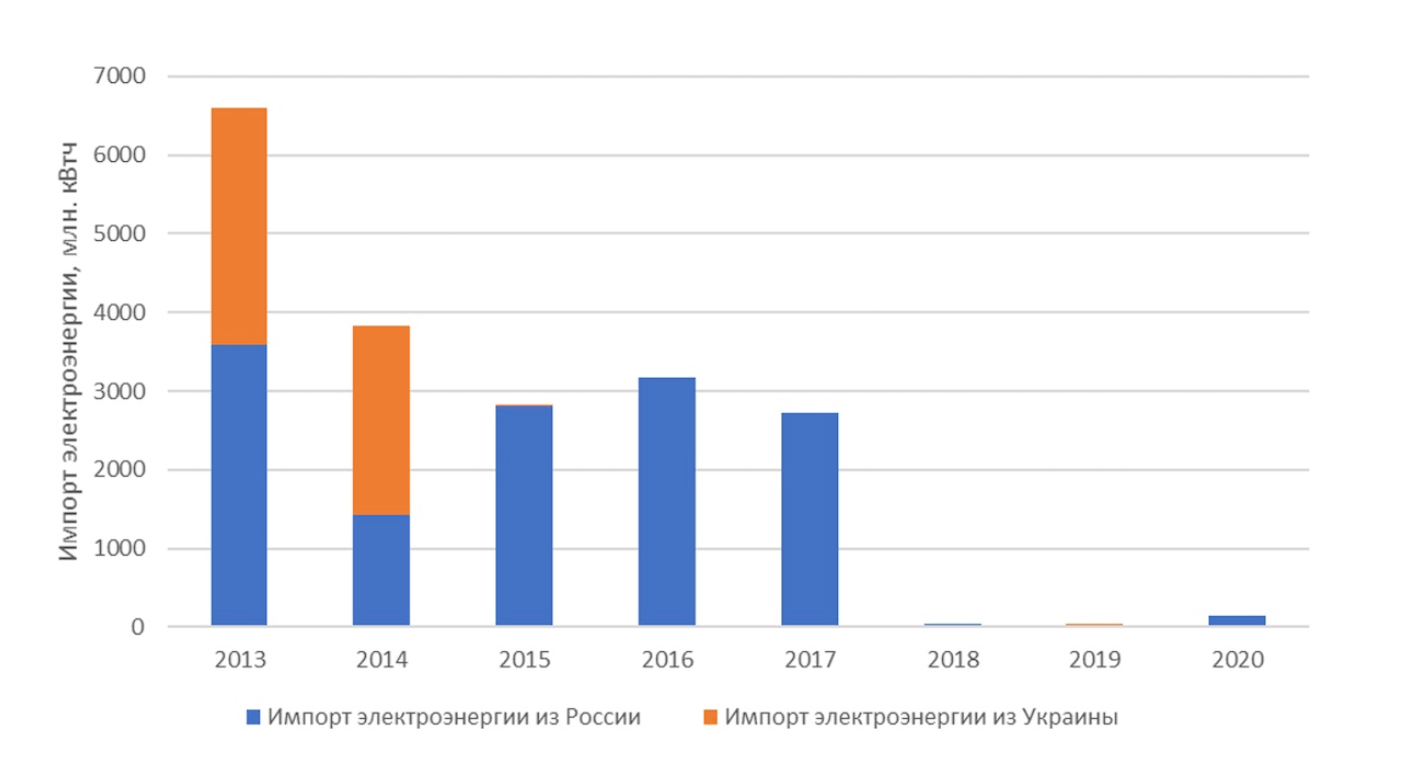 Belarus stopped importing from Russia in 2018. This was rationalized by «a modernization of the Belarusian energy grid and agreements reached on gas prices by the heads of state and government of Russia and Belarus.»

But in 2021, neither the modernization of the energy grid nor an agreement on gas prices have gone anywhere. However, imports have resumed. What is the reason for this? Let us examine statements made by the Ministry of Energy.

Clearly, reliability during this period is at the same level as in any other. Reliability indices in August are no higher than in July or August of last year, and in September last year the indices were also lower than in August. There is no reason to expect a decrease in the reliability of power supply.

As for the statement about «a marked increase in electricity when the temperature decreases,» unfortunately data on daily electricity consumption in Belarus are not published. But even if growth is observed, in the first half of September the temperature was close to normal or even exceeded it. The increase in consumption in September is also common when transitioning from minimum loads in summer to peak rates in winter.

If talking about the theory that «electricity is imported for justifiable economic reasons,» this corresponds to reality. According to the report by the Executive Committee of the CIS Electric Power Council Tariffs for electricity and fuel prices in the CIS member states for 2018 (see here for the latest report available), the average electricity tariff in Belarus in 2017 was 10.19 cents / kWh, while in Russia it was only 5.62 cents. To date, the situation has not changed significantly. Considering that it is almost twice as cheap to buy electricity in Russia than to produce it themselves, it is possible for Belarus to justify the economic feasibility of importing electricity at any time. Here another question arises though: If Belarus can purchase cheaper electricity than what it produces itself, why is this not done? This situation has nothing to do with energy security., Belarus produces almost all of its energy from imported natural gas. Replacing it with imported electricity will only improve energy security indicators by diversifying the types of imported energy.

It is possible that Russia persistently «proposed» such a scheme because record high prices for natural gas on EU spot markets make it extremely attractive to sell gas specifically to the EU and not to Belarus, where a fixed price for gas is set in advance. Or, perhaps with Russia’s permission, Belarus is cutting gas consumption and selling it on EU markets.

This idea is also suggested by a statement on supplies in October: «There are no plans to purchase Russian electricity in October.» Why? Will it not be economically feasible in October? Or will the need for additional measures to ensure power supply reliability disappear? Most likely, the restrictions on the import and consumption of natural gas that have appeared will be lifted in October.

Another confirmation of this hypothesis is Minskenergo’s statements that one of the boiler units will start operating on fuel oil and on the replenishment of fuel oil reserves at CHPP-4. The first statement also says that the use of fuel oil is necessary to check equipment operation. However, it is possible that this will be a time-consuming test. The end date has not been specified. The second story says that the stocks of fuel oil at CHPP-4 will be replenished, which is why people may be smelling something. Which smells specifically, however, are not mentioned in the statement. If it is the smell of fuel oil, then this indicates emissions of hydrocarbons into the atmosphere. Fuel oil must be pumped using sealed systems. And for citizens in the city to smell hydrocarbons in the air, the emissions must be significant. Perhaps, in this way, they are trying to explain the possible appearance of other odors, for example, those arising from the combustion of fuel oil. It is likely that fuel oil is being burned at the Minsk CHPP-4, but this is not as noticeable as in winter because the load during the warm season at the CHPP is much lower and the concentration and emissions are also reduced. Burning fuel oil confirms the desire to reduce the consumption of natural gas, because fuel oil for CHPP-4 is a reserve fuel. The main fuel is natural gas.

Based on this analysis, two conclusions can be drawn: