On July 12, the first power section of the Belarus Nuclear Power Plant (BelNPP) was disconnected from the grid for the seventh time since its launch. The station is now scheduled to be connected to the network by mid-August. Meanwhile, Alexander Lukashenko has announced a new stage in his nuclear program – the creation of a national operator for radioactive waste management, which will not only collect, store, and dispose of the waste, but also recycle it. This potentially gives the Belarusian regime access to dual-use nuclear materials.

Against the backdrop of threats to the West with the smuggling of nuclear materials and using the BelNPP as an excuse to land a Ryanair plane, the idea of ​​recycling radioactive waste in Belarus does not look innocuous. What is behind these proposals and is Belarus really looking to join the nuclear club?

Ticket to the nuclear club

At the July meeting of the Council of Ministers, Lukashenko described the nuclear waste generated by the BelNPP, including the most dangerous spent nuclear fuel (SNF), as a particularly valuable product:

«This is a very valuable product. And today the question arises of what we are going to do with this very valuable, but very dangerous, previously unknown good or product. This is a serious matter and of the greatest value.»

Plans were also announced to create a new industry for Belarus for the management of nuclear waste, including their recycling.

It should be noted that the SNF recycling process has its own usefulness that has been established historically. According to Andrei Balikhin from VINITI RAS, spent nuclear fuel was initially reprocessed exclusively for the extraction of plutonium in the production of nuclear weapons. Today, this process also involves the chemical separation of uranium and plutonium isotopes from spent nuclear fuel. Recycling is carried out by countries with an established nuclear industry: Russia, Great Britain, France, and Japan. France also uses reprocessed reactor plutonium in so-called MOX fuel (about 10% of all fresh reactor fuel).

Spent nuclear fuel as a valuable raw material or product, according to Oleg Barabanov, professor at the Russian Academy of Sciences and program director of the pro-Putin club Valdai, is a raw material for the production of weapons-grade plutonium: «As you know, from the point of view of ‘switching’ from a peaceful atom to military reprocessing, spent nuclear fuel belongs to the most sensitive elements of the nuclear fuel cycle (NFC).»

In the U.S., SNF recycling is prohibited by law explicitly because this process provides access to dual-use fissile materials.

«If we had these weapons, they would be talking to us differently.»

Back in 2010, Belarus found itself at the center of a scandal over highly enriched uranium left over since the collapse of the USSR. Lukashenko then announced the existence of hundreds of kilograms of essentially weapons-grade material and his unwillingness to part with it. It was then that this rhetoric about “goods” was heard for the first time. And then the Belarusian leader began to speak with regret about the nuclear weapons taken from Belarus: «If we had these weapons, they would be talking to us differently.»

This «people’s uranium» (according to him), left over from the mobile nuclear power plant Pamir and created at the Joint Institute of Energy and Nuclear Research (JIPNR) Sosny of the National Academy of Sciences of Belarus,  was removed in the same year and taken under control by Russia within the framework of its obligations under the HEU-LEU agreement. However, according to then general director Vyacheslav Kuvshinov, not all the uranium remaining there from the Soviet times was removed from Sosny at that time.

The Belarusian nuclear power plant creates the illusion of access to dual-use materials for the Belarusian autocracy, as it gives hope for such a development of the national nuclear program which could then lead to the creation of atomic weapons. However, this explanation of the construction of a nuclear power plant in Belarus has long been ignored in public opinion. It was believed that Lukashenko was more likely to have an economic interest in funds loaned from Russia for the implementation of its experimental project in Belarus.

However, in a situation of political crisis, full-blown repression, and legal default in Belarus following the 2020 presidential elections, Lukashenko not only spoke about the development of his nuclear program, but also backed up his words with action. For example, holding a meeting with the leadership of the Kurchatovskiy Institute at which they discussed the steps Belarus could take to create a more extensive infrastructure of the nuclear cycle.

At the same time, in a conversation with the president of the institute, Mikhail Kovalchuk, hints at a certain new and serious (following the launch of the first power section of the BelNPP) starting point in the development of the Belarusian nuclear program were voiced: «This meeting, as they often say, could become historic,» said the Belarusian ruler encouragingly.

Lukashenko is not hiding his aspirations. Back in November of last year, during the official launch of the first power section of the BelNPP and timed to coincide with the October Revolution Day, he said the following: «The country will become a nuclear power.» It was a kind of Freudian slip, as the phrase «nuclear power» refers to countries with nuclear weapons. But it holds real meaning for autocracies.

The scandalous Belarusian NPP project with its significant number of accidents and violations is positioned by the governments of Belarus and Russia as a necessary source of stable and cheap electricity. However, the necessity and low cost, in addition to other suggested advantages of the BelNPP, have been repeatedly questioned by the public and independent experts.

From the very beginning, the BelNPP was Lukashenko’s project – a kind of symbol of his autocracy. The decision to build a nuclear power plant in Belarus, as well as the choice of the Ostrovets site and the Russian contractor, were made without proper public discussion. Critics of the BelNPP, who made public violations of standards and legislation, have been persecuted. Through this, the authorities violated Belarus’s obligations under the UNECE Aarhus and Espoo conventions, which significantly worsened the station’s reputation and led to neighboring Lithuania, Latvia, Poland, and Ukraine’s refusing to purchase electricity from Belarus. In the spring of 2021, the European Parliament adopted a resolution on the BelNPP calling for an economic blockade of the plant due to non-compliance with international safety standards.

The first section of the BelNPP was launched and put into operation in the «best traditions» of the Belarusian regime. The physical start-up of the reactor was timed to coincide with the 2020 presidential elections, having already eliminated the legislative obstacle of the need to obtain a license to operate. Lukashenko personally oversaw the start-up of the section, which had an emergency shutdown a few days later. During the trial operation, the section was disconnected from the network almost every month, and environmentalists periodically reported on possible problems with the reactor cooling system, among others.

Such a source of energy supply cannot be called stable, especially considering its role in the energy system of Belarus. Sustainable operation of the country’s energy grid is impossible without a large-scale transformation with the needs of a nuclear power plant in mind.

The economic benefit of the BelNPP is questionable due to the lack of demand for electricity in the domestic as well as external markets. The system has a surplus and consumers do not require so much power and cannot fill the necessary capacity for the plant.

Another unfulfilled dream of Lukashenko may be joining the nuclear club. Obtaining plutonium and uranium from the spent nuclear fuel of a power reactor is a technologically complex, expensive, and environmentally dirty process. The experience of dictatorships, including North Korea, shows that many years of work on a nuclear military program plunges the country into complete isolation and economic crisis, but by no means always leads to the creation of complete weapons.

Will the Belarusian dictatorship become an exception and what is the cost of underestimating the autocracy’s desire to join the nuclear club? On the one hand, a newly built Russian NPP requires additional investments, as the BelNPP’s spent nuclear fuel has nowhere to be stored after being unloaded from the reactor pools and there is no way to transport it. The political crisis is taking away valuable resources and personnel from the country. Belarus is increasingly falling into the sphere of Russia’s influence, and the BelNPP is playing an important role in this process.

On the other hand, the experience of countries such as North Korea demonstrates the reality of the transformation of «peaceful, scientific, and energy» cooperation with the USSR, and now with Russia, into a military nuclear program, resulting not only in the production of weapons from reprocessed plutonium, but also in their testing.

Tatiana Novikova,
expert at Ecodom and coordinator of the Belarusian anti-nuclear campaign.

Through disinformation, Putin’s economic war with the West persists and... 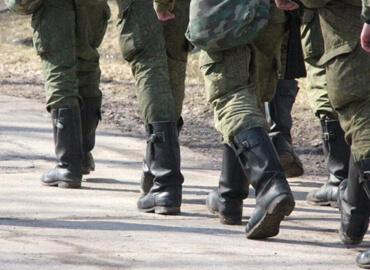 The counter-offensive of the Ukrainian forces in the Donbas does...

Bernard-Henri Lévy: We need a campaign to recognize Tikhanovskaya as the legitimate representative of Belarus

The grey eminence of «liberalism,» guiding pro-Western leaders along their...

Zelensky, Bucha and a little political miracle on the Danube

Russia’s aggression towards Ukraine saw a response in Slovakia that...

Coverage of the Russia-Ukraine war in Sputnik Belarus publications

Main statements by Sputnik Belarus regarding Ukraine after February 24...