The West Gets Serious With Lukashenko — but Not Serious Enough

For some, it took last year’s brutal crackdown on peaceful demonstrators protesting Belarusian dictator Aleksandr Lukashenko’s attempt to steal the presidential election to realize how awful life has been under his reign. For others, it was the May hijacking of a Ryanair flight to apprehend a Belarusian journalist on board. For those of us who have been watching Belarus closely, however, Lukashenko’s recent behavior has been no surprise.

A year after coming to power through an election in 1994 that was considered largely free and fair, Lukashenko ordered his forces to shoot down a hot air balloon that had floated across the border from Poland, killing two Americans. From there, Lukashenko racked up a long track record of repression and brutality. In 1996, he changed the constitution to consolidate his grip on power. In 1999 and 2000, he had four people disappeared: the political dissident Viktar Hanchar, the businessman Anatol Krasouski, former Interior Minister Yury Zakharenko, and the cameraman Dzmitry Zavadski. Lukashenko continued to go after any perceived political threat. He rigged elections and had challengers to his leadership disqualified from running, harassed, and arrested. A number of activists and opposition figures fled the country for their freedom and lives, including one of the authors of this article.

Over the years, the United States and the European Union imposed sanctions on Lukashenko and other members of his regime for election fraud and jailing political prisoners. When Lukashenko released the prisoners, the West lifted its sanctions, and then the pattern repeated itself. Lukashenko proved skillful at playing Russia and the West off each other, trusting the West to ease its pressure in order to avoid pushing Minsk closer toward Moscow. Lukashenko pretended to be the great defender of Belarus’s sovereignty and independence when, in fact, he was sacrificing both to secure Russian support in the face of Western sanctions.

Things took an even worse turn in 2020. The year began with Lukashenko’s criminally negligent handling of the coronavirus pandemic. He told Belarusians they could ward off the virus by taking a sauna, riding a tractor, or drinking vodka. It continued with his arrest of opposition figures who planned to challenge him in the presidential election, his blatant stealing of that election last August, and after that, the worst crackdown on human rights in his 27 years in power.

Protasevich’s release would not have happened without the pressure from Western sanctions, especially those of the EU

His decision in May to force down a Ryanair flight over Belarusian airspace to arrest a critic of his regime was a step too far for many in the West, as the EU responded immediately by banning its airlines from flying over Belarusian territory and banning Belavia, the Belarusian state airline, from EU airports. A month later, the EU, Britain, Canada, and the United States issued the toughest sanctions yet on Lukashenko, his regime, and some of his financial supporters. Better late than never, yet more needs to be done.

How serious are the sanctions? It’s unclear. Industry analysts with the Russian investment bank VTB Capital said in a note that the «measures do not cover the key Belarusian potash export, potassium chloride, which … accounts for 80% of the country’s supplies to the EU.» Another analyst, however, told EUobserver that the sanctions were «very sharp» and designed to hurt the income of Lukashenko’s cronies.

Either way, the sanctions seem to have led the regime in Minsk to release Roman Protasevich, the Belarusian journalist on the hijacked Ryanair flight, from prison and put him under house arrest instead. He and his Russian girlfriend, Sofia Sapega, were tortured while in detention. During their imprisonment, they appeared on state television, clearly under duress, praising Lukashenko and renouncing their past activities. They are not free, but getting out of Belarus’s notorious prisons is a first step.

Protasevich’s release would not have happened without the pressure from Western sanctions, especially those of the EU. Now, the West must not fall back into its previous pattern of easing up on sanctions after securing a prisoner release — not least because there are still more than 500 political prisoners in Lukashenko’s prisons, according to the Human Rights Center Viasna.

At the same time, Belarusian prosecutors in late June said they would seek a 15-year prison sentence for Viktor Babariko, the former head of a Russian-owned bank who planned to challenge Lukashenko in last August’s election but was arrested months before. Babariko’s case is just one of many reasons why the EU and the United States must continue to apply sanctions until Lukashenko steps down.

Lukashenko’s departure, after all, is the only way for Belarus to have the opportunity to hold free and fair elections, end the brutal crackdown on protesters, secure the release of all political prisoners, start the process of accountability, and begin a new chapter in the country’s life. Nothing short of his removal from power will do, and the West must continue to close off his financial support and tighten the noose around him to produce such a result.

This includes targeting Lukashenko’s Russian oligarch backers, or «moneybags.» Following the Ryanair hijacking and the West’s robust response, Russian President Vladimir Putin invited Lukashenko to the Russian Black Sea resort town of Sochi for what appeared to be their chummiest meeting in years. While there is no love lost between Putin and Lukashenko, the Russian leader clearly does not want to see his Belarusian counterpart driven from power by his people. That might set a bad precedent for Russia itself, as evidenced by Putin’s reaction to earlier revolutionary movements in Ukraine and Georgia.

Of the various steps announced in June, the most significant was the EU sanctions against Mikhail Gutseriev, a Russian billionaire whom the EU described as a «long-time friend» of Lukashenko. In Belarus, Gutseriev owns Slavkali, which is building the Nezhinsky mining and processing plant, Slavneft gas stations and oil depots, a hotel, a business center, and an airport terminal in Minsk.

Last year, according to the EU sanctions document, «Russian media workers were flown to Belarus on board of aircraft belonging to Gutseriev» in order to replace workers fired from Belarusian state media during the post-election crackdown and were lodged in a Gutseriev-owned hotel in Minsk. According to the EU sanctions list, one of the companies he controls in Russia, Safmar, was the only supplier that continued to ship oil to Belarus after Russia cut other oil shipments in January 2020. Since being sanctioned, Gutseriev has left the board of directors of the oil company RussNeft, one of his family’s assets, presumably to protect its business. The United States, Canada, and Britain did not include Gutseriev on their sanctions lists. The three countries and the EU also did not add his son to the sanctions list, despite his heavy involvement in the family’s business. These oversights need to be corrected.

Similar sanctions should be applied to Sberbank and its CEO, Herman Gref. As stated in an Atlantic Council report, «Sberbank. has invested hundreds of millions of dollars into Belarusian real estate and has its own Belarusian subsidiary. Gref has expressed his full support for [Lukashenko] during numerous visits to Minsk.» Three other Russian state financial institutions—VTB Bank, VEB.RF, and Gazprombank—play key roles in the Belarusian banking sector and should also be sanctioned.

Russian companies with eyes set on taking over assets in Belarus should be targeted as well. These include the state-controlled gas company Gazprom, the oil companies Slavneft and Rosneft, and the potash producer Uralkali. Uralkali, in particular, has long desired to acquire Belaruskali, the world’s biggest potash producer, though EU sanctions make a takeover less likely.

Russian propagandists—including employees of the Russian state broadcaster RT brought to Minsk—should be added to the list. They are not journalists but dangerous lackeys of the regime.

Then there are those in Belarus who have enabled the Lukashenko regime. Aside from those complicit in the regime’s human rights abuses, Lukashenko and a small circle of oligarchs have essentially privatized and taken over the country’s top assets. Lukashenko knows that unification of Belarus with Russia would likely strip him and his cronies of these assets, which is why he is dragging his feet on moving ahead with the single state as envisioned by the Kremlin. But Russian oligarchs have eyed Belarusian enterprises and increased their control over the Belarusian economy. The West needs to make clear that any deals signed with the illegitimate Lukashenko regime will not be recognized by a successor government.

As Brian Whitmore of the Atlantic Council observed: «Authoritarian kleptocracies like those run by Putin and Lukashenka have long been able to have it both ways, reaping the benefits of a rules-based international order and an integrated global economy while at the same time flouting the rules that make such a system operate smoothly. Sanctioning the Putin-Lukashenka axis of autocrats and their enablers sends a clear signal that those days are over.»

Western pressure against the Lukashenko regime must continue until he steps down. To those concerned that tougher sanctions against Lukashenko will drive him further into Putin’s arms, he is already there. Without Putin’s political, financial, and security assistance, Lukashenko would have been finished long ago. Lukashenko has already sacrificed Belarus’s independence and sovereignty by deepening his reliance on Russian support. That is why including Russian backers among the sanctions is so important. Lukashenko’s days are numbered, and now is no time for the West to let up.

Finally, there are plans for the exiled democratic leader Sviatlana Tsikhanouskaya to visit the United States this month. During his recent trip to Europe, U.S. President Joe Biden should have met with her in a show of solidarity with the Belarusian people, and the G-7 should have invited her to join its gathering. These missed opportunities can be offset by a proper welcome in Washington, including a meeting with Biden and members of the U.S. Congress.

Over the past 10 months, numerous European leaders have met with Tsikhanouskaya as the democratic representative of the people of Belarus and the rightful winner in last August’s election. Lithuania has been hosting her while her husband remains in one of Lukashenko’s prisons. At the end of May, the EU proposed a $3.7 billion assistance package to take effect «once Belarus embarks on a democratic path.» It would be important for the United States to make a similar offer during her visit.

Tsikhanouskaya’s upcoming visit to Washington is an opportunity for the United States to demonstrate its steadfast opposition to Lukashenko and his Russian backers—and to reaffirm its solidarity with the Belarusian people and the forces of freedom around the world.

Vlad Kobets is the executive director of the International Strategic Action Network for Security.

David J. Kramer is the director of European and Eurasian studies and a senior fellow at the Vaclav Havel Program on Human Rights and Diplomacy at Florida International University’s Steven J. Green School of International and Public Affairs and a former assistant secretary of state for democracy, human rights, and labor.

Аrticle is written for Foreignpolicy 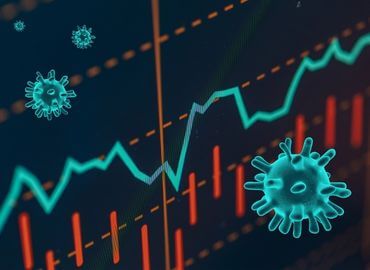 Recovery is still ahead 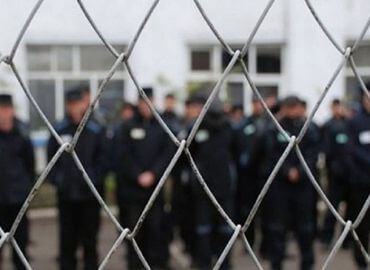 Belarus political prisoners: why they must be an issue of international concern

Do not let dictators ruin your values 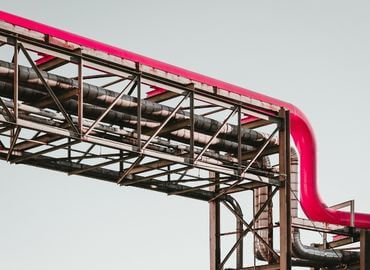 Gazprom and pro-Kremlin propaganda in Slovakia 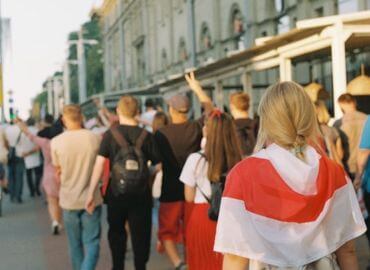 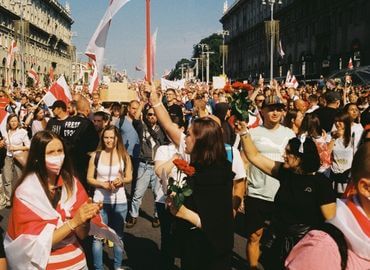 This time, security implications for the West are more serious 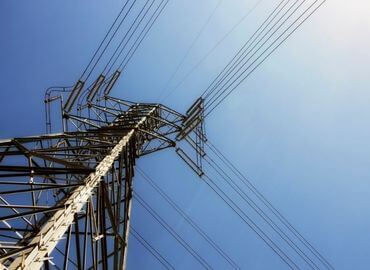 There is no limit to «improvement»

Infrastructure costs for energy supply will be imposed on consumers