It will take more, however, to support the cause of freedom in Belarus

The United States «stands with the people of Belarus in their quest for democracy and universal human rights.» So tweeted President Joe Biden after meeting last Wednesday with Belarus democracy leader Svetlana Tsikhanouskaya, deemed by most observers to have been the real winner of last August’s presidential election. Aleksander Lukashenko, the country’s criminal dictator for the past 27 years, fraudulently claimed victory and then launched a brutal crackdown against peaceful demonstrators. He hangs on to power thanks to support from Russia’s like-minded leader Vladimir Putin but continues to pose a risk to those who criticize and challenge him.

Biden’s meeting with Tsikhanouskaya, following meetings she held with other top administration officials and members of Congress, was a huge boost to her efforts and those of her fellow courageous citizens. It reinforces the view that Lukashenko is a wholly illegitimate leader. It also sends a loud signal to Moscow: The United States joins its European allies in standing with the freedom-fighting people of Belarus, in contrast to Putin’s propping up of an extremely unpopular dictator next door.

For critics and opponents of Lukashenko, threats abound whether one lives in Belarus or elsewhere. Dissident Roman Protasevich learned this firsthand when his flight from Athens to Vilnius, Lithuania, was forced down, essentially hijacked, by Belarus air traffic controllers and a MiG military jet while flying in Belarus airspace. He and his Russian girlfriend, Sofia Sapega, were forcibly removed from the plane and arrested. After being beaten and tortured, Protasevich was forced to make videos acknowledging the supposed evil of his ways, reminiscent of the Soviet show trials of the 1930s.

This past Monday, activist Vital Shyshou was found hanged in a tree in a park near his home in exile in Kyiv. Suspicions that he was beaten and then murdered by a Lukashenko hit squad are growing by the hour. That same day, Belarusian sprinter Kristina Timanovskaya sought asylum on the margins of the Tokyo Olympics after Belarusian athletic officials tried to force her back to Belarus following her online criticism of her coaches for entering her into the 4×400 meter relay without her consent. Poland has indicated a willingness to accept her asylum request. Lukashenko’s oldest son chairs the country’s national Olympic committee.

The arrest of Protasevich and the suspected murder of Shyshou are meant to signal to critics of Lukashenko that they are not safe wherever they are and therefore would be advised to go silent. This reveals how out of touch Lukashenko is with the people of Belarus. They have shown tremendous courage, whether they still live inside Belarus’ borders or beyond.

Inside Belarus, the situation gets worse by the day amid widespread and brutal repression, the arrests of dozens of journalists, and the recent dismantling of more than 40 civil society organizations. Hundreds of protesters are being held in abysmal conditions in Belarusian prisons and many more have been forced to flee the country, including some of the country’s best and brightest. Lukashenko has opened Belarus’ border with the EU, flooding neighboring Lithuania with immigrants from the Middle East—in particular from Iraq—in retaliation for that country’s support for Belarus’ democratic forces.

Tsikhanouskaya clearly was pleased with the meeting, describing it as sending «a powerful sign of solidarity with millions of fearless Belarusians who are peacefully fighting for their freedom.» «Today, Belarus is on the frontline of the battle between democracy and autocracy,» she tweeted. «The world stands with us. Belarus will be a success story.»

Thousands of ordinary Belarusians posted enthusiastic social media messages as well. A former Belarus diplomat, Pavel Matsukevich, called it a great diplomatic victory for Tsikhanouskaya and «an important act of solidarity» that will resonate «throughout the entire Western world.»

Political analyst Artem Shraibman added via Telegram: «The symbolism of this level is more than a photo for Twitter. This is a strong political impetus for the American bureaucracy» to move ahead with further sanctions on the Lukashenko regime. Andrei Yegorov, director of the Center for European Transformation, viewed the Biden- Tsikhanouskaya meeting as a breakthrough and a huge diplomatic success for her team. «Tsikhanouskaya met with many leaders of Western democracies, and this set included the leader of the most powerful state in the Western world.»

U.S. Ambassador to Belarus Julie D. Fisher told Belsat, an independent Belarusian-language satellite television network: «Today’s message is clear: the United States strongly supports the people of Belarus and their struggle to make their voices heard and their rights respected.»

It will take more than a meeting with the American president, however, to support the cause of freedom in Belarus. The United States and European Union have imposed sanctions on Lukashenko and his regime, and the Biden administration has indicated that more U.S. sanctions are imminent. Tsikhanouskaya’s meeting with Biden should prod the administration to announce them. In addition, Biden is expected to sign a new executive order, replacing the one from 2006 signed by President George W. Bush, that provides the authority for tougher steps against the Lukashenko regime.

During her visit, Tsikhanouskaya called for sanctions in key economic sectors such as potash, oil, wood, and steel. Lukashenko’s financial backers should also be targeted, including a number of Russian oligarchs and entities such as Mikhail Gutseriyev, whom the EU has sanctioned but the United States has not. The United States should also warn the Gulf States, especially the UAE, that their support for Lukashenko must end. And it should help Lithuania with the refugee crisis by encouraging the Iraqi government to halt flights to Minsk, passengers on which Lukashenko then turns around and sends to Lithuania.

The goal of Western policy should be Lukashenko’s departure from power—that, after all, is what the voters of Belarus wanted last August when the majority of them cast their ballots for Tsikhanouskaya. Lukashenko’s behavior before last August was bad enough, but his recent actions—the hijacking of the Ryanair flight, the suspected murder of Shyshou in Kyiv—underscore how much more desperate and dangerous he has become.

The United States and EU must warn Moscow that it is for Belarusians to decide who their next leader should be in free and fair elections, not the Kremlin. Tsikhanouskaya, who views herself as a transitional figure, has made new elections a top priority and has also made it clear she does not plan to stand as a candidate in them. Western leaders also need to push for release of all political prisoners, an end to the brutal human rights abuses, and accountability for those who engaged in such outrages.

At the same time, the United States should join the EU in preparing a serious assistance package for the day when the people of Belarus are free of their tormentor. The EU has suggested close to $4 billion in aid, but the United States and international lending agencies can play a critical role in supporting Belarusians in their transition from the appalling dictatorship they have endured to a better, brighter future. With the anniversary of the August 9 stolen election approaching, Biden’s meeting with Tsikhanouskaya was a huge boost to those struggling for such a future, but more steps must be taken to help end that country’s abusive and dangerous dictatorship and preserve its independence.

Original article on The Dispatch

In the wake of Russian propaganda: How and with what Lukashenko threatened Ukraine

Recognition of Crimea, restriction of imports, and closure of the border: How far will the illegitimate regime go?

Lukashenko is seeking entrance to the nuclear club 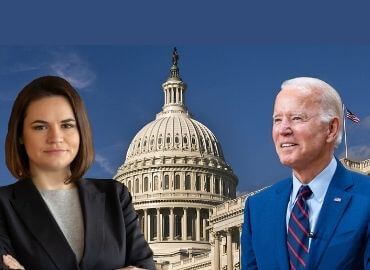 Cookies from the White House – How the media coverage of Tikhanovskaya’s visit to the U.S. changed

From denial to insults and devaluation 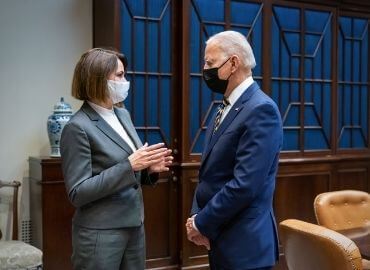 It will take more, however, to support the cause of freedom in Belarus 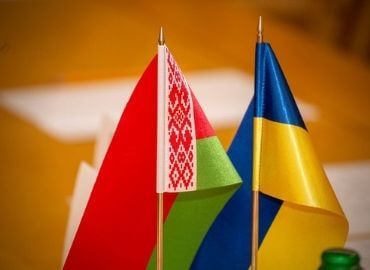 How Kyiv’s position is developing 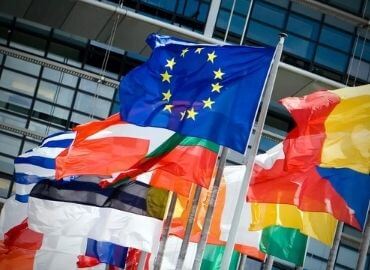 The West Gets Serious With Lukashenko — but Not Serious Enough