A Change of Tactics. But Russia Has Not Changed Its Strategy over COVID-19

While Russia aims to use a proven strategy and see the lifting of sanctions by the EU, the Kremlin's ultimate concern is to restore former imperial greatness

Moscow is desperately trying to use the coronavirus period to gain political preferences from Europe, which is primarily busy with the response to the consequences of the pandemic crisis.

COVID-19 has forced Russia to change its tactics, although its strategy to weaken the European Union, undermine Euro-Atlantic solidarity and revive the empire remains unchanged.

Along with political and economic leverage, Russia is actively increasing information pressure within the EU with the aim to support the gradual lifting of sanctions and the easing of the country’s political isolation.

For this purpose, Moscow is using a wide range of tools for leverage:

on politicians – to introduce the necessary ideas into public debate;
controlled or loyal media – to disseminate profitable information;
on think tanks – in order to form a public and political discourse favourable to Russia around the issue of sanctions, the fate of Donbas and Crimea;
diplomatic circles – support for a positive discussion about the need to change the perception of Russia both by individual EU countries and the EU as a whole.

The moment for this is not chosen by chance. The existing differences within the EU, reinforced by confusion and incoherence at the time of the COVID-19 pandemic, have become an excellent breeding ground for European sceptics to emerge and feed on these ideas.

The ultimate programme for the Kremlin, however, is to influence the course of the negotiations in the Normandy Format. Change the status from a party to the conflict and aggressor to a partner at the negotiating table.

European think tanks play an important role in this scheme. The Kremlin skilfully uses the peculiarities of socio-political discourse in Western countries, particularly European principles of respect for the alternative viewpoint.

Speaking at the virtual G20 summit, Putin suggested lifting “non-legal unilateral” sanctions as a measure to combat the pandemic. And together with China, and supported by other “prominent democracies”, Russia tried to sneak a resolution on lifting the sanctions at the UN General Assembly allegedly to fight against COVID-19.

After the resolution failed, Russian media accused the US and the EU of ingratitude. Now Russian figures are stressing that the post-coronavirus world will still ask those who blocked the decision to lift the sanctions or risk putting everyone in jeopardy.

The ever-increasing disinformation campaigns in EU countries are also aimed at achieving these very concrete goals. At the same time, the main goal is to fragment the EU and undermine European integrity and the idea of a common Europe, because it is always easier to talk to a weak rival.

Ukraine and Belarus are a familiar target for the “made in Russia” style of manipulation. The common goal is one – the desire of Russia to use the existing internal differences in its interests. And if it succeeds to provoke new hotbeds of tension, which in the future will help to strengthen the already conquered positions.

And it is not the Kremlin’s concern to fight against COVID-19, but to restore former imperial greatness. In the new electoral cycle of Belarus, the Kremlin will try to use again a proven strategy that is subordinated to the task of reviving the empire.

Minsk has provided the Russian propaganda machine with such a volume of working material in the form of direct quotations of Alexander Lukashenko that there is no need to invent something.

Bite off another piece

The monitoring of publications on the coronavirus infection in Belarus, organised by iSANS, showed that the Kremlin is primarily concerned about how to use the pandemic to bite off another piece of neighbourhood sovereignty. At the same time, the main reason for all troubles is the independence of Belarus.

In addition, iSANS monitoring shows a trend towards the abolition of sanctions against Russia in various combinations – disguised as humanitarian care of poorer countries struggling against COVID-19 or support for the “falling into the abyss” economy of the EU countries.

In such a situation, softening Russia’s political isolation or the possibility of lifting the sanctions imposed for annexation of Crimea and unleashing a conflict in the East of Ukraine will only convince the conductors of an aggressive policy of “forced integration” into impunity. For the Kremlin, this will be an important geopolitical victory over the West and a signal for the escalation of new conflicts in the post-Soviet space.

For Belarus, this will mean only one thing – international mechanisms and collective measures will no longer be a deterrent for the Kremlin, while the independence and territorial integrity of another European country, and at the same time, the entire regional security will be threatened.

We must make it clear that the lifting of sanctions can only happen if Russia renounces its violations of international law, including aggression, occupation and violations of human rights.

Only joint actions to counter propaganda and information influence will determine the success of Russia’s new tactical steps in Europe.

A longer Russian version is available on iSANS and a Ukrainian version on Petr i Mazepa. 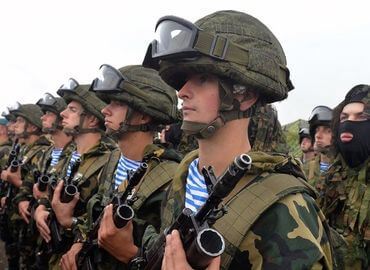 The Kremlin needs a military base in Belarus

The Kremlin is moving towards its goal 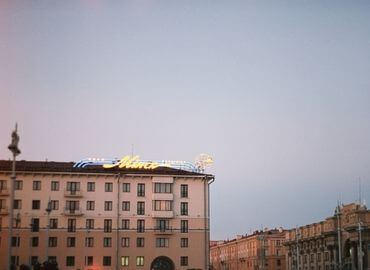 Moscow and Minsk in the next two years

Together on the road to nowhere 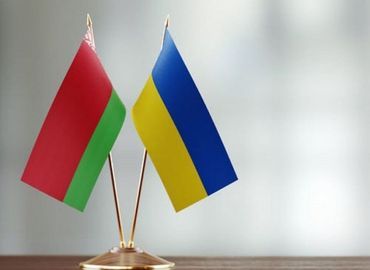 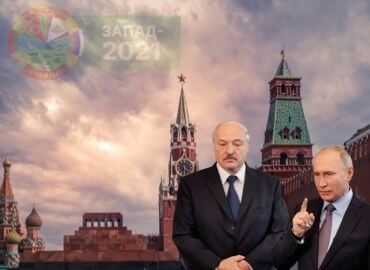 Militarization of Belarus: The Kremlin demonstrates readiness for war and uses Lukashenko as an instrument of hybrid aggression

Belarus's sovereignty is eroding under the Russian sphere of influence

In the wake of Russian propaganda: How and with what Lukashenko threatened Ukraine

Recognition of Crimea, restriction of imports, and closure of the border: How far will the illegitimate regime go?

Lukashenko is seeking entrance to the nuclear club