Changes in the main pro-Kremlin propaganda narratives in Belarus before and after the start of Russian aggression against Ukraine.

This study aims to trace the changes that have arisen in pro-Kremlin propaganda in Belarus due to the preparation, launch, and conducting of Russia’s large-scale armed invasion of Ukraine, which began on February 24, 2022. We set out to determine whether, against the backdrop of preparations for war and during the aggression itself, there had been a change or disappearance of pre-existing story and semantic lines (narratives) of propaganda and whether new narratives have appeared. Through the study, we analyzed statements in Belarusian and Russian propaganda media aimed at Belarusian audiences during the first three quarters of 2022, and these data were compared with the results of the previous period of our observation – after the start of mass protests in Belarus and until the moment of direct preparations for the aggression against Ukraine (August 2020 – December 2021).

As the start of the attack on Ukraine neared, the Kremlin’s rhetoric became more and more aggressive. Beginning in 2014 – that is, from the time of the annexation of Crimea and the beginning of the armed conflict in Donbass – the main resources of propaganda have been directed towards the task of ideological mobilization of Russian society in the face of “external threats.” This rhetoric of hatred reached its apogee in November-December 2021, when the Kremlin’s plans to escalate the military confrontation finally became clear.

The efforts of propaganda media in Russia at that time were aimed at justifying aggression, maintaining a “hysterical” level of public unity, and promoting the Kremlin’s ultimatums and clearly impossible demands on Europe and the world.

At the same time, starting from September 2020, after the “landing” of the “RT squad” in Minsk, Belarusian media almost totally became synchronized with Russian propaganda and followed in the wake of the main Kremlin lines. Nevertheless, local, Belarusian stories – foremost, the fight against “internal enemies” – independent opposition, the media, and participants in mass protests – dominated the Belarusian media space. With the preparing for and beginning of the war the situation changed.

According to iSANS research, at the end of 2020, after the synchronization of the Belarusian media with Russian propaganda, the global narratives (meta-narratives) of pro-Kremlin propaganda in Belarus included the following:

With the onset of Russian aggression against Ukraine, these meta-narratives generally survived, but underwent a serious transformation: for example, Belarusian stories were pushed out to the periphery of the media agenda by pro-Russian stories. The propaganda emphasis on opposition leaders and mass protests lost its “edge.” From that point moving forward, the locus of hatred has been firmly rooted in Ukraine and the West.

The old storylines were replaced by new ones, the appearance of which became possible after the start of the war. Among them, foremost, has been the justification of Russian aggression and Belarus’s complicity in it and the justification of the need for a “military alliance” with Russia, for which Belarus is a “reliable shield” of its western borders. Also prominent have been the discrediting of Ukraine, threats against it in response to “attempts by Ukraine and Poland” to strike at Belarus and Russia, allegations that the West, not Russia, is to blame for starting the war, the energy crisis in Europe, the suppression of Russian war crimes, the downplaying of successes of the Ukrainian Armed Forces, etc. 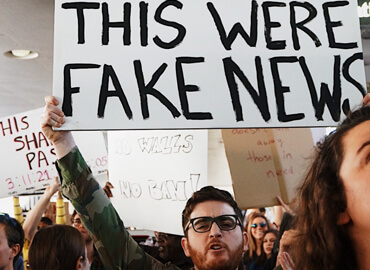