Ukraine is a puppet in the hands of the U.S. and NATO, which are preparing it for war with Russia and Belarus

Beginning in the end of October 2021, the threat of a large-scale concentration of Russian troops on the Ukrainian borders and a possible full-scale Russian military invasion of Ukraine has again become acute. At the end of the year, these steps taken by the Kremlin were logically summed up through Putin’s ultimatum on guarantees of non-expansion of NATO. It is natural that these events, which threaten the system of global security, occupied an important place in the international media agenda and were closely guided by the Kremlin. Statements made by top Russian officials, including Vladimir Putin, representatives of the Russian Ministry of Defense and Foreign Affairs, Kremlin proxies such as Alexander Lukashenko, and various pseudo-experts were used to reinforce narratives beneficial to the Kremlin.

By spreading disinformation in and about Ukraine, the Kremlin is also solving several other global problems, among which include escalating disagreements between the U.S. and the EU countries, the justification of their own aggression through NATO’s unfriendly policy towards Russia, and the consolidation of Russia’s sphere of influence in the post-Soviet space.

Regarding the Ukrainian military threat, pro-Kremlin media portray Ukraine as an aggressor that is preparing a forceful solution to the issue of the de-occupation of Donbass and Crimea and may attack Russia and Belarus. At the same time, Kremlin media accuse NATO and the U.S. of militarizing and arming the perimeter of Russia and Belarus while creating a military group against Moscow. This further substantiates their main narrative about the military threat stemming from the “collective West.”

Disinformation about the establishing of NATO military bases in Ukraine has been used to demonstrate the growing threats to Russia’s security. Russia Today, for example, called the situation in the Donbass “the main trigger of the confrontation between Russia and NATO.”

At the same time, narratives about the failure of Ukraine as an independent state and the need to “close the Ukraine project” have been disseminated. Against the background of the threat of a Russian military invasion, the Kremlin media promoted to their Ukrainian audience theories about Ukraine being under external influence and having the West use it for its own purposes.

Separately, a campaign stands out in which Ukraine was accused of disrupting the Minsk agreements. The campaign called on the West to force Ukraine to comply with the Minsk agreements according to Russia’s plans. Manipulative websites stressed that the U.S. should “appeal to” Ukraine to conduct a “Minsk-2” as interpreted by the Kremlin, and “not turn Ukraine into a main hotbed of tension and instability.”

In calling Ukraine a failed state that will supposedly inevitably collapse without tough external control, pro-Kremlin media are promoting ideas about the need to lift sanctions and the benefits for Western countries in cooperating with Russia.

Ukraine is a puppet in the hands of the U.S. and NATO, which are preparing it for war with Russia and Belarus

Ukraine remains one of the top targets for the Kremlin’s disinformation attacks. Moscow is trying to return Ukraine to the orbit of its influence and opposes Kyiv’s deepening cooperation with NATO, the U.S., and their European partners. To achieve this, Kremlin propaganda creates an image of Ukraine as an enemy and aggressor that is preparing an attack on Russia. At the same time, the Russian disinformation campaign creates grounds for a possible full-scale military invasion of Ukraine.

The main messages of this campaign can be clearly seen in Kremlin media that cover Ukrainian topics – Ukraina.ru, Russia Today, and Sputnik. The networks of pro-Kremlin media and Telegram channels in Ukraine amplify the media agenda and complement it with false assessments and interpretations of facts. This makes it possible to muddle the media space while promoting versions of events that are beneficial to the Kremlin.

The Kremlin is conducting a separate disinformation campaign accusing Ukraine of planning provocations with the use of chemical weapons to drag Russia into a full-scale war. This theme is a logical continuation of disinformation about American biological laboratories in Ukraine.

In a story titled “Possible scenario of war. When and how can Kyiv attack Russia with the use of chemical weapons?”, Ukraina.ru writes that “the threat of the use of chemical weapons in the Donbass is quite real, because there is reliable evidence of the presence of poisonous chemical substances.” In November, the same resource wrote about American biological laboratories and the possible creation of biological weapons by Ukraine. In the same article, referring to a member of the Council on Foreign Relations under the President of Russia, the site claims that “as long as Ukraine exists at least in some form as an independent sovereign state, it will pose a threat not only to the Donbass republics, but also to Russia.”

RIA Novosti, following the smaller Telegram channels, is disseminating information that Ukrainian troops in the territories controlled by Ukraine should organize a provocation against the “Donbass republics” by using chemical weapons against the civilian population, for example in a hospital or school. To assist the Ukrainian military in this, according to the Russian Minister of Defense Shoigu, will be employees of American PMCs, who will deliver these chemical weapons from the U.S. to Ukraine.

To demonstrate the threats coming from Ukraine, the Kremlin also used the theory about Ukrainian radical groups, which Lukashenko has repeatedly mentioned earlier. The Belarusian regime was also involved in the current media campaign. The Belarusian Foreign Ministry accused the Ukrainian authorities of tacitly condoning “the mass participation of activists of the fugitive Belarusian extremist opposition under the symbols of Belarusian collaborators and servants of the Third Reich in a nationalist march.”

In the article “Dogs of War. What to do about Nazi Ukraine,” Ukraina.ru writes that “the ultra-right is an extremely important factor in the political life of Ukraine, and even presidents have to reckon with them.” In general, the piece is devoted to military aggression emanating from Ukraine, which is waiting for “the right moment to go on the offensive” against Russia.

Kremlin propagandists believe that Kyiv does not want a peaceful settlement in the east of Ukraine and desires only “the subordination of the region to Bandera ideology in the form of an anti-Russia.”

Pro-Kremlin media also traditionally provided media coverage of the internal socio-political situation and problems with corruption in Ukraine, conducting campaigns to discredit the Ukrainian authorities. Particular emphasis was placed on the infringement of the rights of Russian speakers and Russophobia in Ukraine, as well as the “glorification of Nazism.”

The U.S. and EU are betraying Ukraine for the sake of relations with Russia

Another narrative spread by pro-Kremlin media was disinformation about the betrayal of Ukraine’s interests by Western countries and their unwillingness to support Kyiv in the confrontation with Russia. For this, the intensification of negotiations between the U.S. and Russia, as well as Moscow’s pressure on Europe to launch Nord Stream 2, was used.

The Russian-American meetings then are presented as a discussion between the U.S. and Russia of the fate of Ukraine without its participation. In the article “What 2021 recalled in the international arena,” Ukraina.ru concludes that “Ukraine has finally realized that the West has abandoned it.”

Ukraina.ru also writes that the U.S. needed Ukraine only to “keep a hand in the energy balance of Europe… The Biden family should be held responsible for this. Now, through Nord Stream 2, they have reached an agreement with environmentalists and German business… [Ukraine] is not needed anymore.” And if the U.S. “abandoned” Afghanistan, then they will certainly abandon Ukraine, which, according to the Kremlin’s Ukraina.ru, is needed only for “struggles among factions inside Washington.”

A manipulative RT article claims that the West itself set the stage for the collapse of Ukraine back in 2014, when American diplomats “cheered protesters and even handed out cookies and bread rolls to demonstrators and security forces.” It also says that NATO has neither real military capabilities nor the desire to defend Ukraine.

Through the network of pro-Kremlin media, Ukraine is being threatened with an energy catastrophe and economic collapse. The issues of the energy catastrophe are associated with the critical dependence on energy imports, primarily gas and coal. Ukrainians have been frightened with rising gas prices, the cessation of gas supplies to the south and east of Ukraine, and a general deterioration of the economy.

In the piece “Ukraine on the edge. A fuel crisis on the threshold,” Ukraina.ru writes that “Ukraine has never faced such a catastrophic situation since independence. Ukrainian industry has come close to the point beyond which it will face complete ruin.”

“The launch of Nord Stream 2 with Gazprom’s unwillingness to increase the volume of gas flow through Ukraine, which essentially minimizes the role of the pipe” is openly labeled by News-front Putin’s revenge for supposedly “many years of blackmail,” but is in fact a reflection of Ukraine’s desire to receive fair contract terms for the transit of Russian gas to Europe.

Kremlin disinformation in Ukraine traditionally accompanies Russia’s foreign policy moves and has become one of the tools with which Moscow is trying to achieve its goals. Its distinguishing features are chaos in the media agenda, multiple versions of events, and accusing others of what the Kremlin itself is directly responsible for: military aggression, the export of corruption, and non-recognition of the sovereignty of other countries. Kremlin propaganda should be taken exactly for its opposite, which will assist both in effectively counteracting it and anticipating the next steps of Putin’s Russia.

This article is published as part of the Prospect Foundation project «New Propaganda and Disinformation Challenges for Visegrad/EaP states in the Changing Environment» managed by iSANS and supported through grants from the International Visegrad Fund. 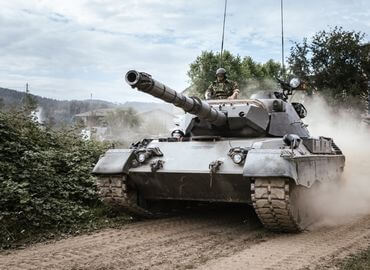 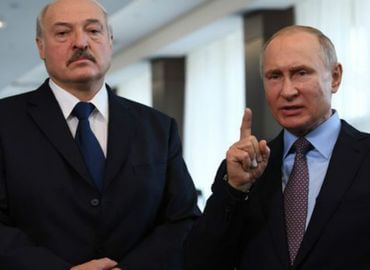 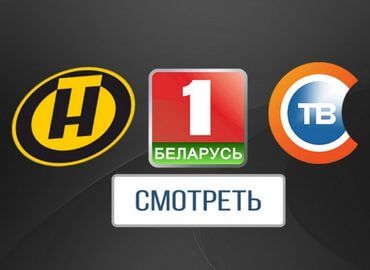 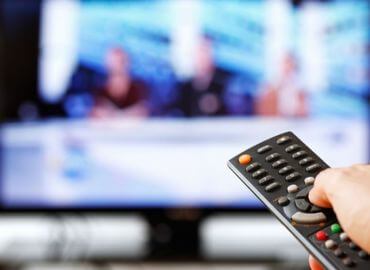 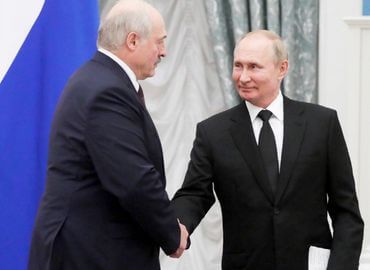 Integration with Russia as a salvation from the Nazi West