Belarus national leader Sviatlana Tsikhanouskaya will meet Angel Merkel the next week to discuss the situation in Belarus.

The member of the presidium of the Coordination Council Pavel Latushka announced he is ready to create a parallel ministry of foreign affairs that will include the diplomats who quit job or were fired from Belarus MFA for their political views, to represent the Republic of Belarus internationally.

Belarusian IT professionals introduced KRAMA mobile application that helps identify (via barcode) goods produced by companies loyal or related to Lukashenka and his closest circle, and boycott these products. 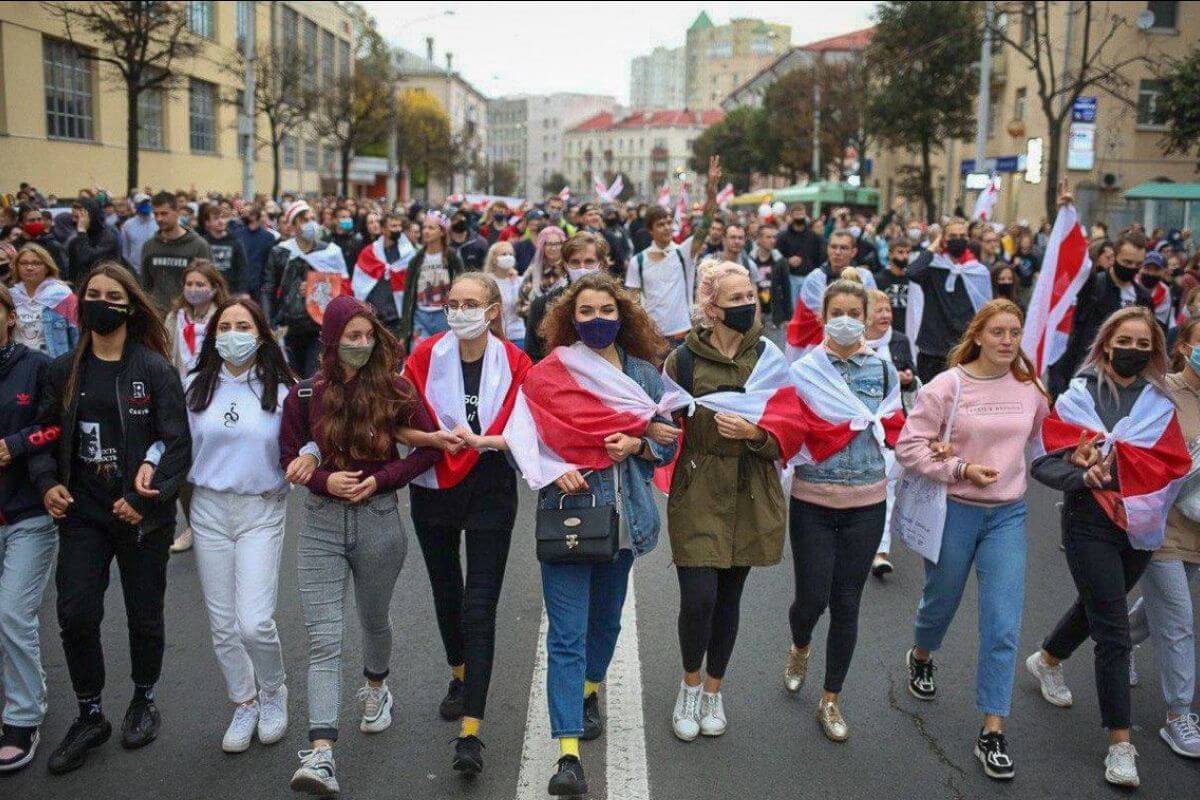 In Mahiliou and Hrodna, the protesters the detentions were extremely brutal and some protesters responded to police violence acting in self-defence.

In Homiel, the protesters were dispersed by OMON. To disperse the crowd OMON units used unidentified pyrotechnics, shotguns and hunting carbines (Russia-produced Saiga semi-automatic rifle) that were shot in the air at an extremely shot range from the protesters. Many people were sprayed with tear gas in their faces. The crowd however remained in chains and slowly stepped back. The distance between OMON units and protesters was in the spawn of 2-3 meters. The weaponry was used against peaceful protesters who simply walked along the sidewalk expressing no hostility and posed no threat whatsoever.

Belarus ambassador to Russia stated that Belarus and Russia returned to discussion of Union State “road maps”. It is important to highlight that the details of all negotiations are kept secret, and the public is not provided information on the essence of some of the “road maps”. Earlier this months, Lithuania’s parliament adopted a legal statement that this country will consider all documents signed by the self-declared president Lukashenka null and void, with special emphasis to Belarus-Russia integration papers. All Western countries should follow this example and make it clear that these states will not respect any agreements signed by Lukashenka or under his command, or by his team since they have no legal power. 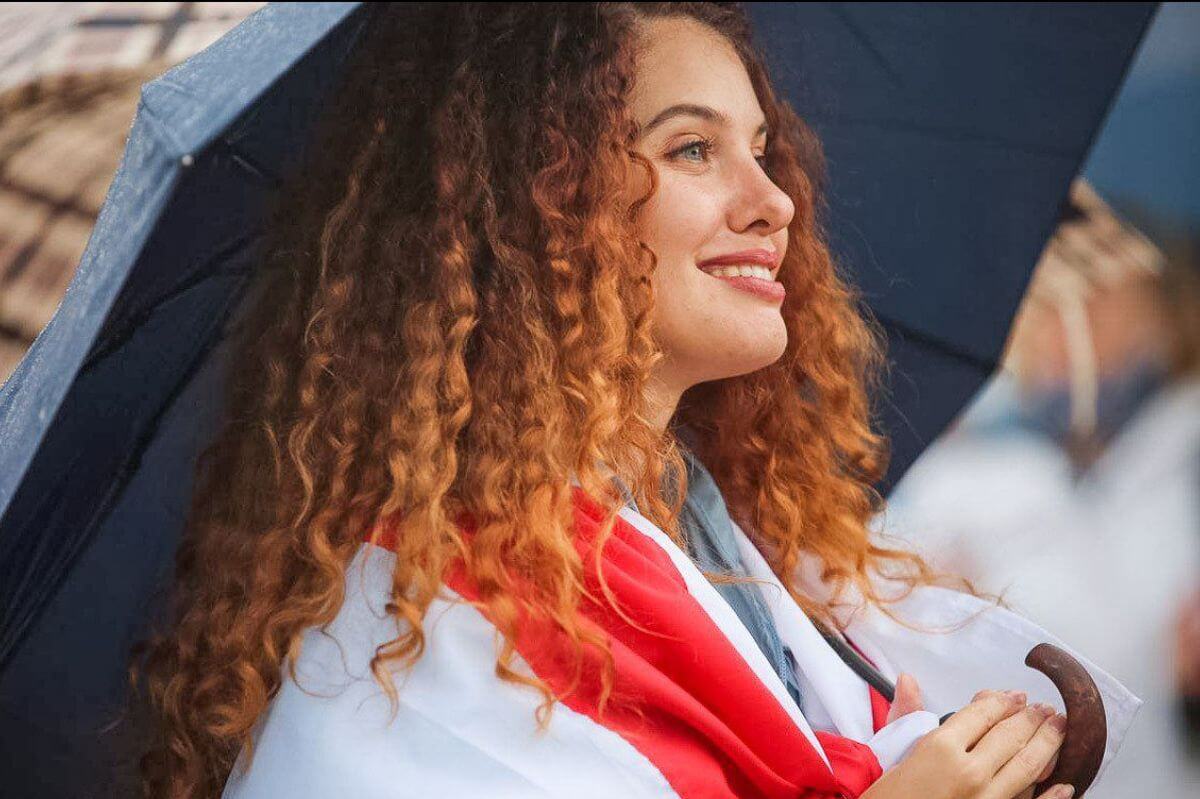 Chief editor of NEXTA telegram-channel, Raman Pratasevich, left the project. Reportedly this is due to difference in approaches between him and the founder of the channel, blogger Stsiapan Putsila (a.k.a. Stsiapan Svetlov, NEXTA). While Pratasevich searched more journalistic work, Putsila expects the channel to further grow as the tool of Belarusian revolution.

At nighttime, unknown individuals are now destroying “Tabakerka” (“tobacco box”) kiosks across Belarus. These kiosks are a tobacco sale network that has exclusive rights for tobacco sale in kiosks that were installed all across Belarus and caused outrage long before. Earlier, the kiosks were mainly vandalized, bow they are being burnt down. The chain of “Tabakerka” kiosks belongs to Energo-Oil, a private business affiliated with businessmen Aliaksei Oleksin who is closely tied to Aliaksandr Lukashenka.

Despite Lukashenka’s pre-elections promise to stop the launch of accumulator factory in Brest, the construction in now ordered to continue. This project lit up the first popular protests in Brest that lasted for over two years before August 9 elections. More protests activity can now be expected in Brest following this decision. Local population treats the factory as major ecological threat to the region, along with nuclear power station in Astravets. 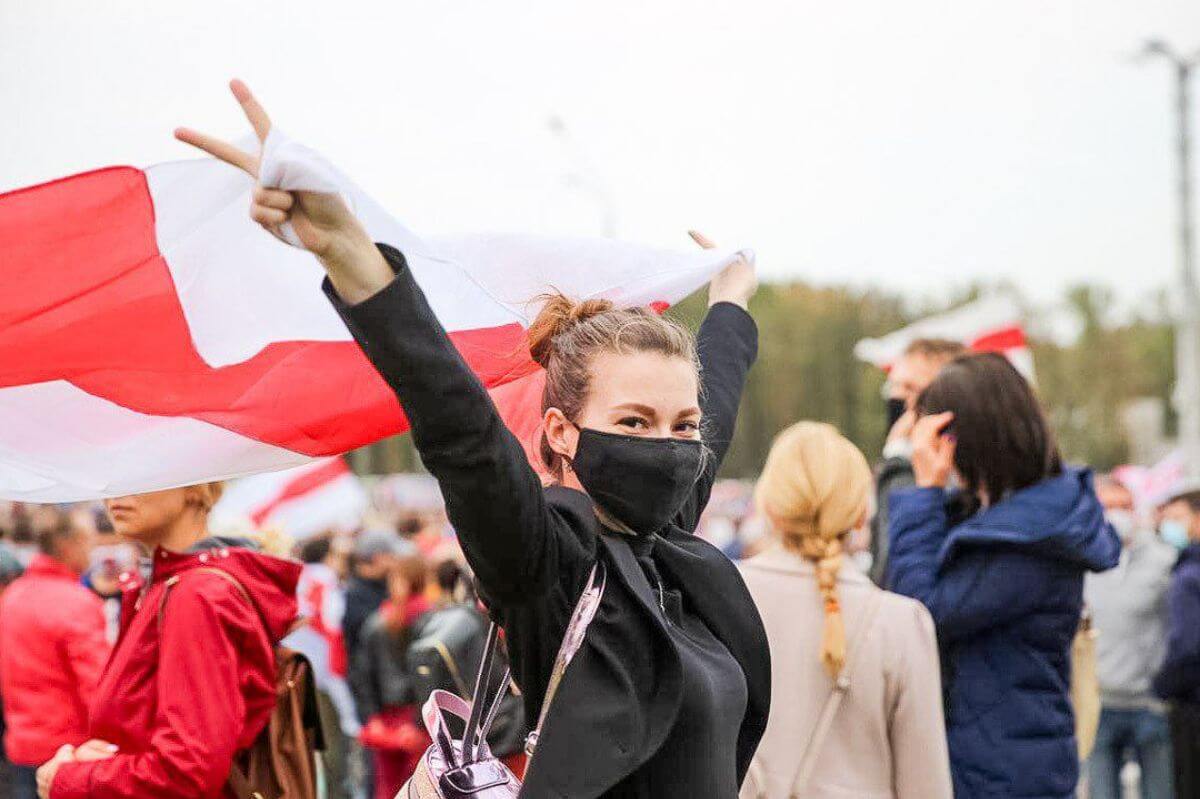 Lawyer Maxim Znak, who is a member of the presidium of the Coordination Council, exists hunger strike that lasted for 10 days. He remains in jail since September 9. He is imputed with alleged “calls for action to harm national security”, which he never conducted in public to the best of our knowledge. Maxim Znak is acknowledged as a political prisoner by domestic and international human rights groups. The Coordination Council urges Lukashenka’s regime to immediate release Maxim Znak from jail.

The Ambassador of Belarus to Argentina, H.E. Uladzimir Astapenka, quit his job due to his disagreement with political situation conducted by Lukashenka’s regime.

The last member of the presidium of the Coordination Council to remain inside Belarus at large, Nobel Prize winner Sviatlana Alexievich, left Belarus to visit Germany, Sweden and Italy for medical and work purposes. State TV immediately claimed Alexievich escaped to join unidentified “government in exile” and continued bullying campaign that was started after Alexievich was awarded with Nobel Prize in Literature 5 years ago.

On Monday, anonymous pro-Lukashenka group claimed to have hacked the website of kyky.org, one of the most popular independent media in Belarus, to threaten the «Cyber-partizans of Belarus» (for which KYKY has absolutely no relation). On September 29th, the «cyber-partisans» again attacked the website of the Ministry of Interior that only worked a few days in the last month.

The Computer Emergency Response Team of the Republic of Belarus (cert.by) has identified a hacker attack with malware emails delivered to the Ministry of Transport and Communications, the Ministry of Labor; State Property Committee; Minsk city executive committee; National State TV and Radio Company; the Ministry of Defence, and a variety of law enforcement agencies, individuals and legal entities.

Acting MFA of Belarus urged Armenia and Azerbaijan to end violence, however it forgot to mention it’s supplies of weapons to both sides of conflict. Moreover, Belarus and Armenia are both members of the CSTO, and Belarus bears legal obligations to engage in defence of CSTO should one of its members be attacked.

Russia’s ambassador to Belarus, Dmitry Mezentsev, stated that the protests are controlled from abroad, they question the statehood of Belarus, and violate its laws. It remains a great question why a foreign diplomat interprets legal peculiarities of national legislation and Constitutional provisions of a host country. 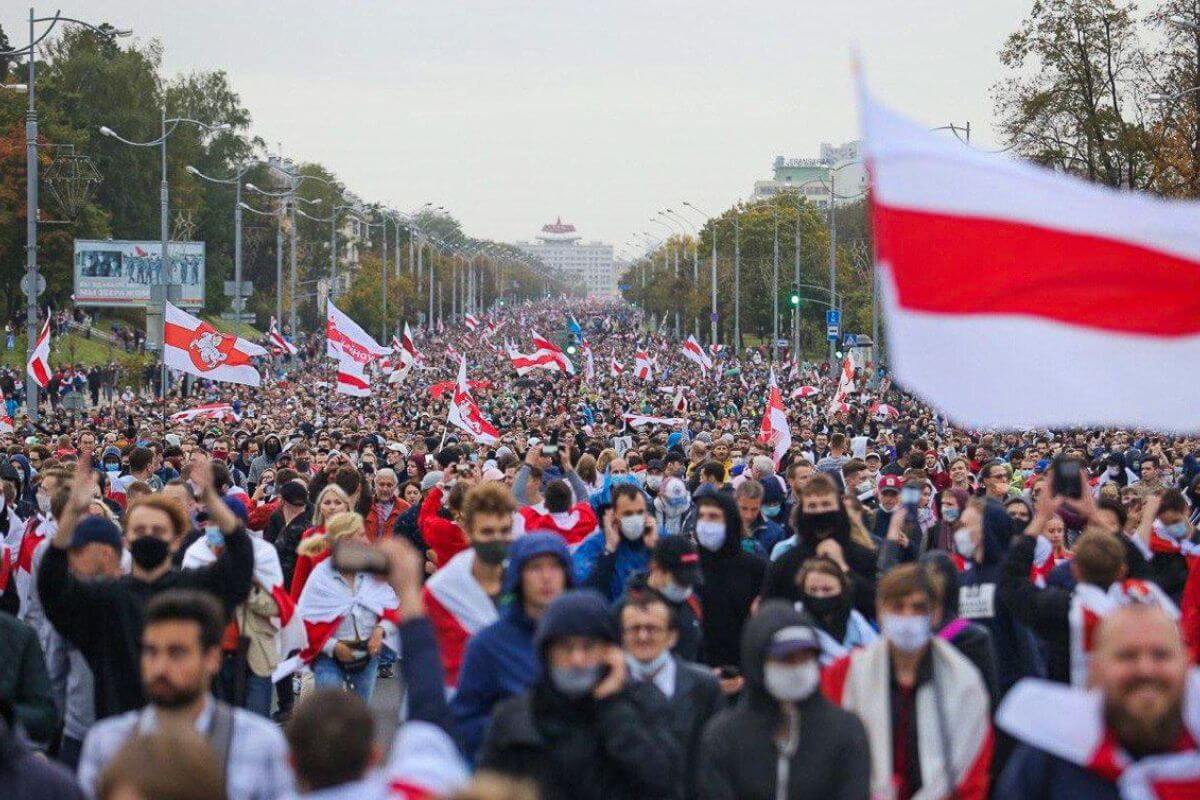 France challenges Russia’s position on situation in Belarus (Russia helps Lukashenka remain in power and considers him legal president yet). In an interview published on Sunday, French President Emmanuel Macron said Lukashenka “definitely must go away”. On Monday, Macron stated again that France does not recognize Lukashenka the president of Belarus. French leader backed sanctions against the officials from Belarus and stated that France will seek to achieve OSCE-led mediation of the political crisis in Belarus.

Lithuania, Latvia, and Estonia already introduced national sanctions against Belarus officials and extended the list last week to include up to 130 people responsible for rigged elections and violations of human rights in Belarus.

Lithuania’s president Gitanas Nauseda thinks that the EU and Russia must bear the role of mediators to solve the political crisis in Belarus.

Neil Bush, UK Ambassador to the OSCE, explains the reasons for having triggered the Moscow Mechanism in relation to events in Belarus, and claims cooperation with OSCE on that matter is in Belarus’ interest. 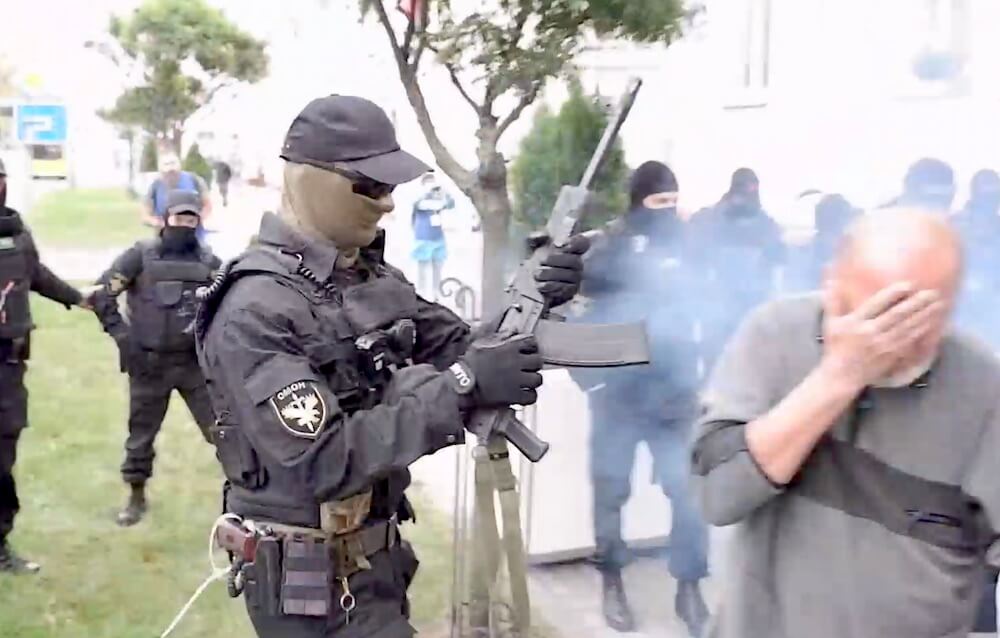 According to acting Ministry of Interior of Belarus, 350 people were detained in 22 protest rallies on September 27. Human rights defenders claim they have the names of at least 380 detainees. Since August 9 until today, at least 13,000 people were detained in an unprecedented wave of repressions. In comparison, 9736 people suffered from internment during the Martial law in Poland that lasted almost 20 months. The number of people detained by the Lukashenka’s regime in Belarus in the last 2 months in proportion to the country’s population would’ve made 610,000 if the same rate of repressions was applied within the EU, or 450,000 people in the USA, or 110,000 in Germany, or 90,000 in countries like France and the UK.

The regime of self-declared president Lukashenka is attracting the army to disperse the protests since early August. The images from September 27 crackdown on protesters, reveal army clothing that is reportedly only used by military spetsnaz (special forces) of the 5th Special Operations Brigade based in Mar’yina Horka. This is the most elite military group in the whole Belarusian army. There are good reasons to assume that the acting regime uses all instruments it has in order to remain in control of the situation. Acting head of the Main Criminal Investigation Department of the Criminal Police of the Ministry of Internal Affairs of Belarus, Maksim Svirid, admitted in an interview to Belarusian state TV that due to engagement in crackdown against the protesters, the criminal police «cannot fully execute its daily tasks». 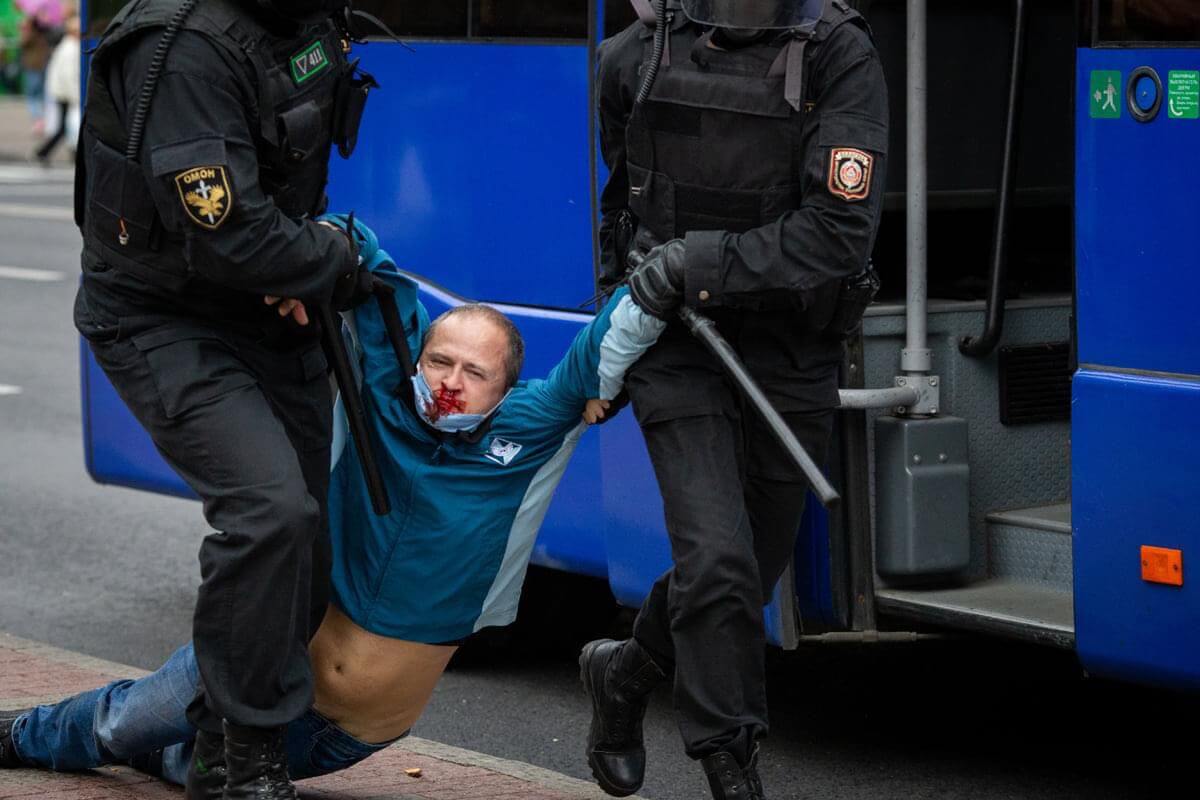 Journalist Yahor Marcinovich was fined with around $200 for conducting his professional responsibilities on August 10-11. The process and charges were forged, and Marcinovich claims the case to be a part of political pressure against him. He was later threatened by the Ministry of Interior and offered a one-way trip abroad to leave Belarus without the right t return under the threat of politically-motivated criminal case.

The arrest of US citizen and political consultant Vitaly Shkliarau was extended to another two months.

VAL, a popular music band, will not represent Belarus in Eurovision contest following their criticism of authorities. They are now being bullied by the state press.

At least 20 people in Brest are potentially facing criminal charges for performing a round dance at a crossroad during peaceful protests of on September 13. The group of dancers was dispersed with water cannon.