Although no specific legal regime was imposed in Belarus, numerous procedural, administrative, criminal and constitutional norms are NOT being followed by state security, courts, civil and military administration. Arbitrary violence and arrests along with non-discriminatory punishments and violations of civil freedoms are turning into systematic violations of domestic and international law by Lukashenka’s followers and his troops.

902 new cases of COVID-19 were reported by the acting ministry of health (+4 lethal cases). Daily rates of reported cases are now back to May peaks of 2020. Nevertheless, it has to be noted that the statistics is being decreased by Lukashenka regime since the beginning of the pandemic, and the actual numbers may exceed reported data by several times. 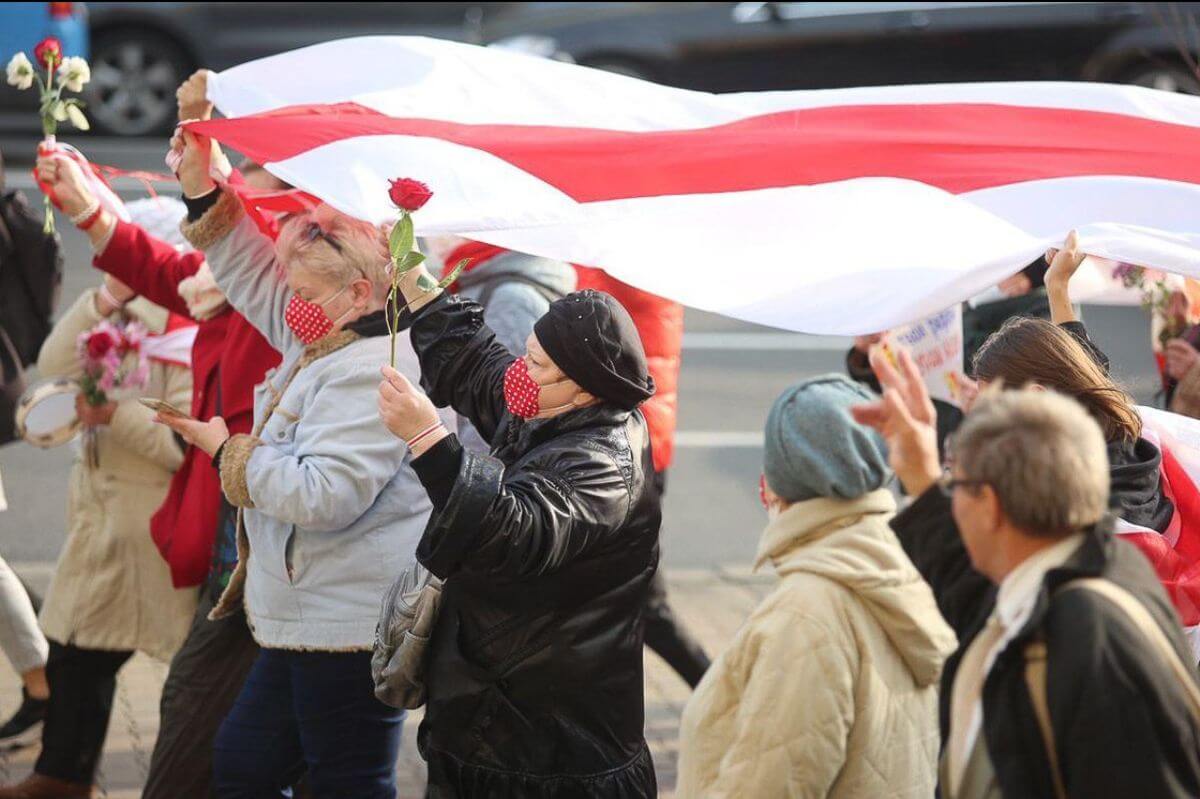 The self-proclaimed government of Raman Halouchanka takes poor measures to slow down the spread of the coronavirus while requesting and accepting multi-million support from foreign governments and international organizations. It has to be highlighted that state distribution system prioritizes medical centers for top bureaucracy and law enforcement to clinics for the general population when distributing foreign aid.

Political consultant Vitali Shkliarov, who is a U.S. citizen and an acknowledged political prisoner, was allowed to leave the territory of Belarus upon the request of U.S. Secretary of State Pompeo. Shkliarov is now on his way to Washington D.C.. He remained in KGB detention center since late July. In jail, he was infected with coronavirus and suffered from the use of torture.

Uladzimir Astapenka, Belarus ambassador to Argentina (+Chile, Paraguay, and Peru) publicly proclaimed he is unwilling to represent Lukashenka anymore since the latter has no legitimacy.

7000+ people signed a petition requesting the EU, US, and UN to acknowledge OMON and GUBOPiK (The Interior Ministry’s Main Directorate for Combating Organized Crime and Corruption) units as terrorist organizations. Both organizations do not operate as law enforcement since August 9, 2020 and have de-facto turned into personal punitive squadrons of Lukashenka that operate outside legal framework engaging in kidnapping of civilians, torture of peaceful protesters, and destruction of private property, and thus may constitute state-orchestrated illegal terrorist groups.

Thereby all members of OMON and GUBOPiK must be included on sanctions lists along with their immediate family members and must be traced as individuals engaged in state-funded terrorism and violent crackdown against civil population in the Republic of Belarus following the events of August 9, 2020. 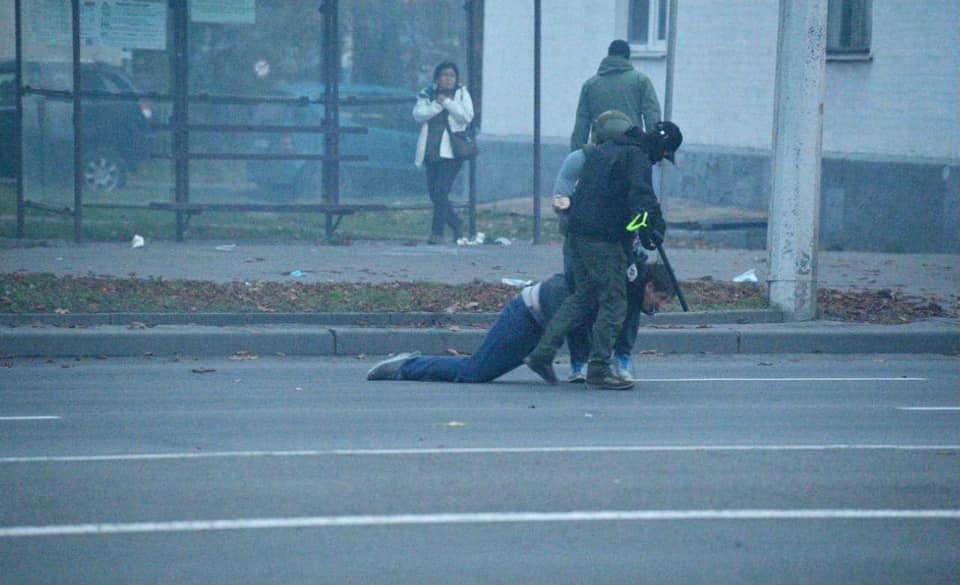 On Tuesday, Lukashenka acknowledged he gave direct orders to OMON and GUBOPiK to break into private housing and beat people who were hiding peaceful protesters seeking refuge from police reprisals last Sunday. Lukashenka confirmed on the record that he ordered to violate Constitutional provisions that ensure supreme inviolability of private homes within Belarusian borders and trespassing.

Lukashenka labelled peaceful protests a ‘terrorist threat’. Former president’s detachment from the reality outside his close circle is becoming ultimately dangerous for the whole Eastern Europe and the Baltic region – considering rushed launch of nuclear power plant in time of political turmoil and instability comparable to post-WW2 years in Belarus. While Lukashenka is unable to make informed and grounded decisions that could’ve opened a path to dialogue with Sviatlana Tsikhanouskaya and the Coordination Council as legal and legitimate representatives of the Belarusian people, he poses an immediate major threat within at least two fields: humanitarian (a growing risk of politically motivated genocide) and ecological (an immediate risk of a major nuclear incident).

Self-declared prime minister Halouchanka who was appointed by Lukashenka outside Constitutional provisions and procedures, denies the right of workers to strike, and supports Lukashenka’s order to fire workers on a strike in violation of international and domestic legislation.

Blockages of railroads and roads continue across the country. At least six traffic lights were destroyed in Minsk on Tuesday causing short-term transport collapse in one of residential neighbourhoods in Minsk. Acting administration reported 20+ cases of railroad traffic disturbances caused by circuiting the rails with wiring in the last 24 hours.

61 major economists from Belarus, USA, and EU signed an open letter with 11 recommendations on measures to reboot Belarusian economy. These measures seem all but impossible until unconditional removal of Lukashenka. 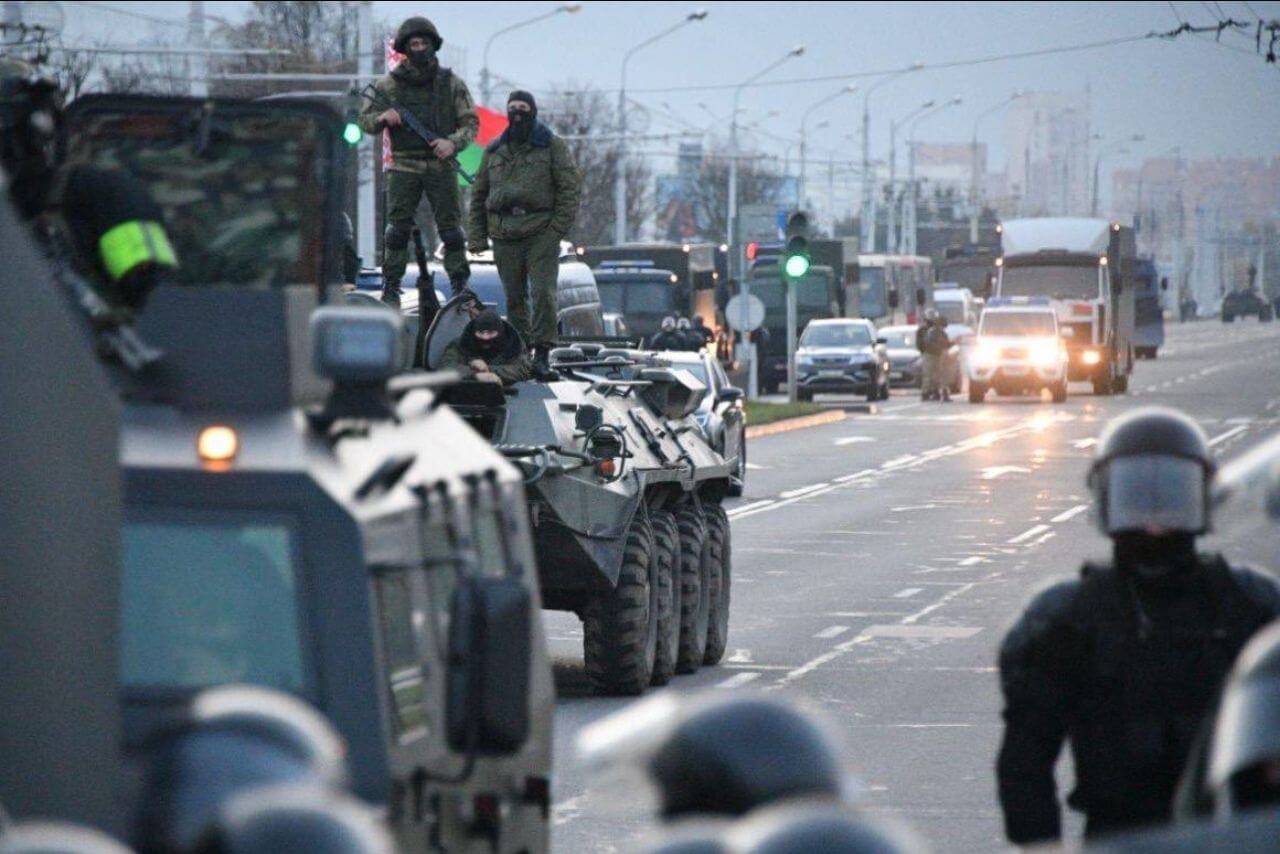 Lukashenka orders to fire all workers on a strike.

In Minsk, 11 medical workers (including highly-qualified cardiologists and surgeons with unique skills acknowledged internationally) were detained for peacefully expressing their political opinion by standing in solidarity chain on Tuesday morning. The operations scheduled for today have been postponed. Doctors were released by lunchtime.

Two protesters may face 10 years in jail for a graffiti saying «We will not forget» made on a pavement next to a place where Aliaksandr Taraikouski was shot dead by Belarus state security employers on August 10, 2020.

Aliaksandr Vasilevich, a businessman and the owner of independent media outlets kyky and The Village Belarus, will remain in jail for another month. He was arrested as subject to politically motivated criminal case on August 28, 2020, and was soon acknowledged a political prisoner.

The acting office of prosecutor-general runs 500+ criminal cases against the protesters. Simultaneously, there are 0 (zero) cases investigating the use of torture and political killings conducted by Lukashenka’s security forces after August 9, 2020. The representative of prosecutor-general says all complaints against state security will be treated with initial investigation against the individuals filing complaints. 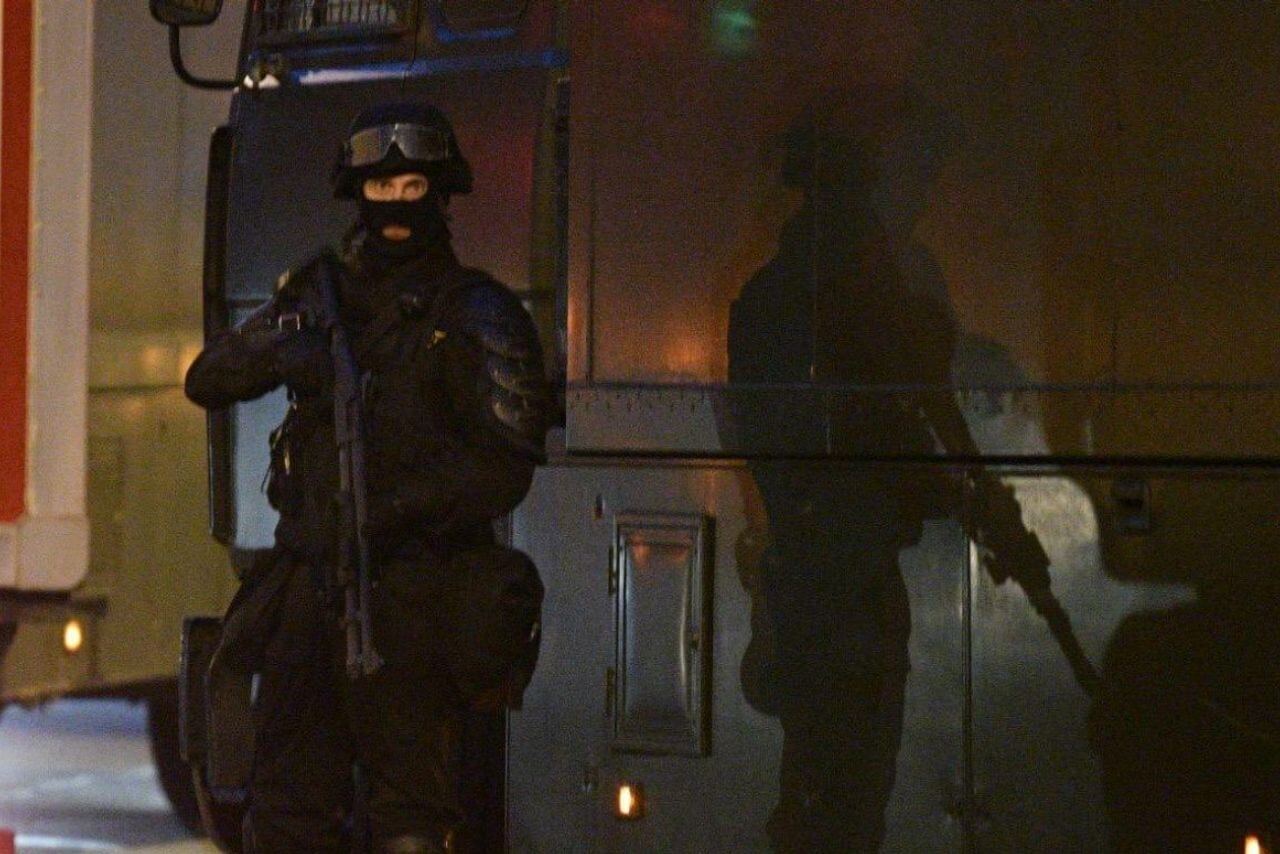 The organization of public education “Aktyunym byc faina» (Center for the Development of Effective Communication «ABF») was forced to stop its work. The director of education center, Yulia Mitskevich, acknowledged that she was forced to shut down the work of her center after threats of criminal prosecution. GUBOPiK employees threatened to label her educative work as ‘extremism’ and threatened to chase Yulia for allegedly organizing female peaceful protests.

Blogger Eduard Palchys who was kidnapped on September 27, and was later discovered in jail, is now subject to an undisclosed criminal case. Eduard was kept in jail for 30 days before his status was changed under shady circumstances.

Conservative political activist and former political prisoner Zmitser Dashkevich was sentenced to 15 days in jail for participating in peaceful protest march. He was detained by a group of people with no insignia. During the court hearings, Dashkevich filed a complaint requesting to stop the use of torture against him and his fellow inmates in Akrestsina detention center known for the use of torture since August 9, 2020. The judge rejected all claims.

Two stage directors at Hrodna drama theatre were fired after they joined the nationwide strike.

Six workers of Belarusnafta (Belorusneft, a state-owned oil holding) were fired after they announced going on a strike. Foreign governments are recommended to review any contracts with Belarusnafta, and consider complete ban on trade and any operations of this company and its affiliates within their jurisdictions due to ongoing violations of workers rights, as well as financial and institutional support of political repressions.

Alena Hnauk, a 63-year-old pensioner from Brest, who was released last week after 18 days in jail, is now made a suspect within a freshly-cooked criminal case. The woman is charged under Article 342 of the Criminal Code (organization and preparation of actions that grossly violate public order, or active participation in them).

At least three students were expelled from the Belarusian State Academy of Arts following Lukashenka’s order to expel all students who participate in protests. No law has such norm. Nevertheless, students and professors continue to participate in protest actions at BSU, BSUIR, MSLU, BSAA and other universities facing pressure from top administrators who are being assigned by Lukashenka in exchange to ultimate loyalty. It is of crucial importance to include all top academic administrators involvement in repressions (such as illegal expulsions of students and dismissal of academic personnel) on sanctions lists and ban them along with immediate family members from entering the EU, Ukraine, the US, Canada, and other countries that do not recognize Aliaksandr Lukashenka as legal and legitimate president to increase the pressure on bureaucracy. The same regards school administrators involved in election frauds and subsequent pressure on employees and families of children.

The workers of culture and art industry organized a political manifestation in state philharmonic and sang the national spiritual anthem ‘Mahutny Bozha’ (The Almighty God) at the national opera theatre prior to their shows. The audiences welcomed the protesters with a round of applause and cheering.

Acting ministry of justice of Belarus requested full lists of members of all opposition parties following Lukashenka’s order to review registration status of all parties (no such procedure exists). Five opposition parties refuse to provide any documents outside the legal framework since they believe the lists will be used to administer repressions against their members. 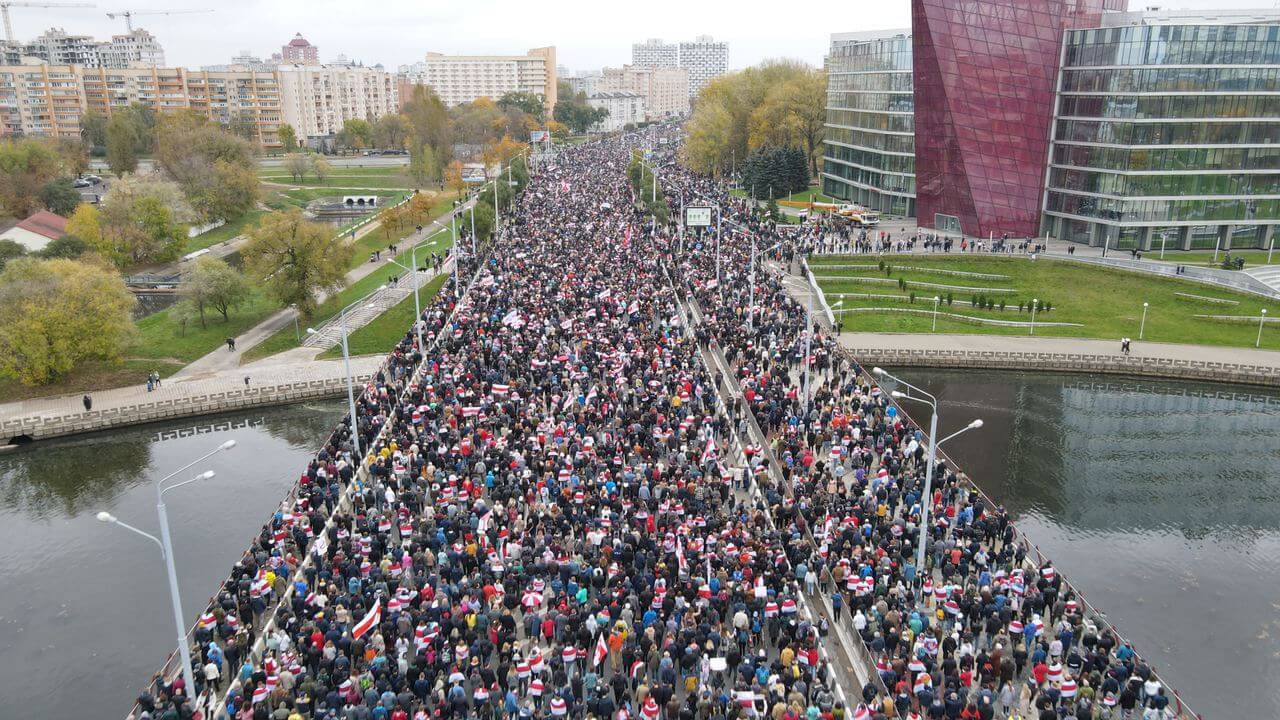 U.S. Vice President and Presidential candidate Joe Biden issued a statement on Belarus: ‘No leader who tortures his own people can ever claim legitimacy. That is why the international community should significantly expand its sanctions on Lukashenka’s henchmen and freeze the offshore accounts where they keep their stolen wealth.’

Lithuania filed an official note of diplomatic protest to Belarus MFA on the matter of the launch of Astravets nuclear power station.

UN Special Rapporteur on the human rights situation in Belarus Anaïs Marin presented her second thematic report on Belarus to the UN General Assembly. In her presentation, the UN expert stated that the establishment of independent judicial system should top the agenda for future reforms in Belarus.

Amnesty International urges the regime of Aliaksandr Lukashenka to end violent politically motivated crackdown on peaceful protesters and workers on a strike: ‘Law enforcement officers have completely abandoned their oath to protect fellow citizens and have been given free rein to use indiscriminate violence and mass arbitrary arrests against them’.