We are sending you our review of OSCE Moscow Mechanism Report.

Today, the OSCE Permanent Council in Vienna discusses a report on the situation with human rights violations that were conducted in Belarus before the presidential elections, during the elections and after them. The report was prepared in the framework of the Moscow Mechanism of the human dimension of OSCE. This mechanism is an OSCE’s urgent response tool used in response to human rights crises in any OSCE member state.

Within its framework, nominated OSCE experts collect information on violations of human rights and abuses of the rule of law during the crisis. Then, the experts analyze these facts to evaluate the compliance with OSCE commitments and international law. Finally, they formulate recommendations to the country’s leadership and the international community on measures to be taken to improve the situation. All this is being presented in the form of a report that is being discussed by the member states and OSCE bodies to decide what they should do based on findings and recommendations reported.

The Moscow Mechanism on Belarus was invoked in September 2020 by 17 member states. Professor Wolfgang Benedek, Ph.D. was nominated as OSCE Rapporteur on Belarus. In 2018, this authoritative OSCE expert (a national of Austria) has already served as OSCE Rapporteur under the Moscow Mechanism to investigate the violations of human rights in Chechnya.

The Moscow Mechanism on Alleged Human Rights Violations in Belarus was initiated for the second time in the last decade. It was first initiated in April 2011, and the first Report is available here. Just like nine years, the 2020 investigation was invoked following gross violations of human rights and abuses against the rule of law prior, within, and after presidential elections. 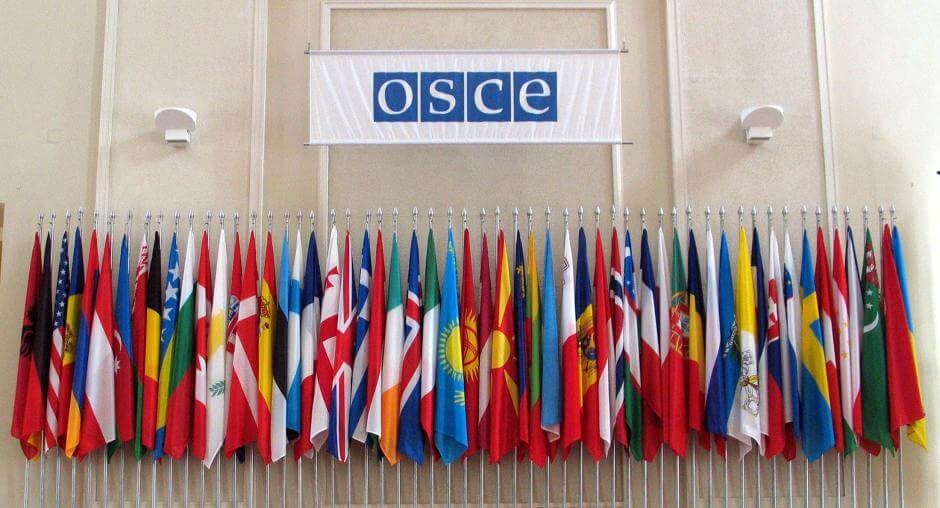 We carefully studied the latest Report under the Moscow Mechanism on Belarus and acknowledge this publication as the most important document of official, international, and political nature. This document does not only describe the situation in an objective manner, but it also provides clear instructions and call to action within OSCE, outside OSCE, inside Belarus, and for the national level of each OSCE country member.

Just like in 2011, the representatives of Lukashenka’s regime refused to cooperate with OSCE Rapporteur and refused to let him into the country in an official capacity to collect information for the investigation. Andrei Lozovik (Minister Counsellor, Deputy Head of the Permanent Delegation of the Republic of Belarus to the OSCE) wrote the following in his letter rejecting the Rapporteur’s visit to Belarus: “… the Belarusian authorities regard the attempt to present Belarus as a special case of non-compliance with the OSCE obligations as biased and far-fetched. There are no valid grounds for launching the ‘Moscow Mechanism’ with regard to Belarus. Therefore, the Government of Belarus has refrained from participating in the implementation of this one-sided and biased too.”

Although the OSCE Rapporteur was not admitted to Belarus, there was a large amount of data at his disposal (that was provided by non-governmental organizations, individuals, media and international organizations). Numerous witness interviews were conducted and obtained information was cross-checked (the methodology and sources are detailed in the Report). Hence, the information collected and analyzed by Professor Benedek gives an objective and shocking image of what has been happening in Belarus in recent months, despite contrary claims of the officials of Lukashenka’s regime.

The political significance of this Report is of particular importance: for those who are now inside Belarus, as much as for the international community.

This is the most important signal of support for those who remain in Belarus, for those who join the protests and defend their right to fair elections and democratic transition. The document directly recommends canceling the results of the presidential elections of August 9, 2020, and calls to organize new elections in compliance with international standards: with reformed election commissions, and within fully transparent process that includes both international and domestic independent observation.

In addition, the findings and recommendations of the Report leave hope for a fair investigation for the victims of the atrocities committed against them and for punishment of the perpetrators and their commanders. The Report contains extensive data on violations and detailed recommendations on what should be done in their regard.

In addition to an in-country investigation, the recommendations include such measures as the ratification of the statute of the International Criminal Court by Belarus, as well as the establishment of an independent international body to thoroughly investigate human rights violations in the context of the presidential elections of August 9, 2020 with the participation of forensic experts. The recommendations to the international community include the application of universal jurisdiction to the perpetrators and coordinators of atrocities in Belarus “to prosecute the employees of the Belarusian security forces guilty of torture and ill-treatment, and their responsible leaders wherever possible”. The Rapporteur emphasizes that the problem of impunity for the crimes committed in Belarus and the absence of any investigation into the reports of torture and ill-treatment is of the most acute and outrageous character.

The data in the Report, as well as its conclusions and recommendations, from our point of view, should become an important signal for those employees of the security agencies who did not commit crimes against the citizens of Belarus.

The Report is an international proof of gross crimes of the regime of Aliaksandr Lukashenka against the citizens of Belarus, and it leave a choice for all those who took an oath: to remain with those who committed the crimes against against the civilians in Belarus, or to support democratic transition, to join the investigation of the atrocities, to promote justice, and to participate in the reforms that will establish a new Belarusian system of justice based on international experience. The report contains recommendations for the international community to support such reforms – including measures taken along with the Venice Commission and the OSCE Office for Democratic Institutions and Human Rights (ODIHR).

In fact, the Report supports the appeal of the president-elect Sviatlana Tsikhanouskaya for the security forces to join the side of the people of Belarus. In our opinion, a statement by Tsikhanouskaya on the recognition of the jurisdiction of the International Criminal Court in relation to events that took place in Belarus before, during and after the presidential elections of August 9, 2020 would become an important symbolic step.

The facts and recommendations outlined in the Report provide a similar choice to the remaining representatives of the existing state system of Belarus.

This choice is not only moral, but also practical. By refraining from further participation (albeit passive) in the crimes of the regime of Aliaksandr Lukashenka, the members of current bureaucracy will solve a few problematic issues, including the participation of qualified individuals in the construction of a new state model. The willingness to provide evidence about how the decisions were made on and around August 9, 2020 elections (and how illegal actions were committed) will provide a solid basis for the protection from prosecution by international courts and within the framework of the future national system of justice – that will inevitably appear in free and democratic Belarus.

The OSCE Report records the atrocities committed in Belarus, and provides a fairly detailed program of actions to investigate these crimes, and establish justice in the interest of all victims of repressions. The document additionally maps structural actions, including reforms in the field of legislation and justice, that shall become a part of the democratic transition in Belarus.

For the international community, this Report is a straightforward action guide in various areas. We very much hope that at least the countries that invoked the Moscow Mechanism on the matter of gross human rights violations in Belarus will perceive the Report this way.

It is absolutely clear that the results of the investigation published in the report of Professor Benedek, constitute an important evidence for the substantiation and practical implementation of targeted sanctions policies implemented by the European Union, the UK, the USA, Canada and other states. From our point of view, it would be useful to hold a series of discussions on the conclusions and recommendations of the OSCE Report on the situation in Belarus at the level of representations of OSCE member states in the EU, as well as at the European Parliament, and at national parliaments of OSCE member states.

These discussions should focus on sanctions policy, international investigation of atrocities in Belarus and prosecution of those responsible, the formulation of assistance programs for Belarus in the field of systemic reforms and democratic transition, as well as legislative initiatives in the field of international protection of human rights. 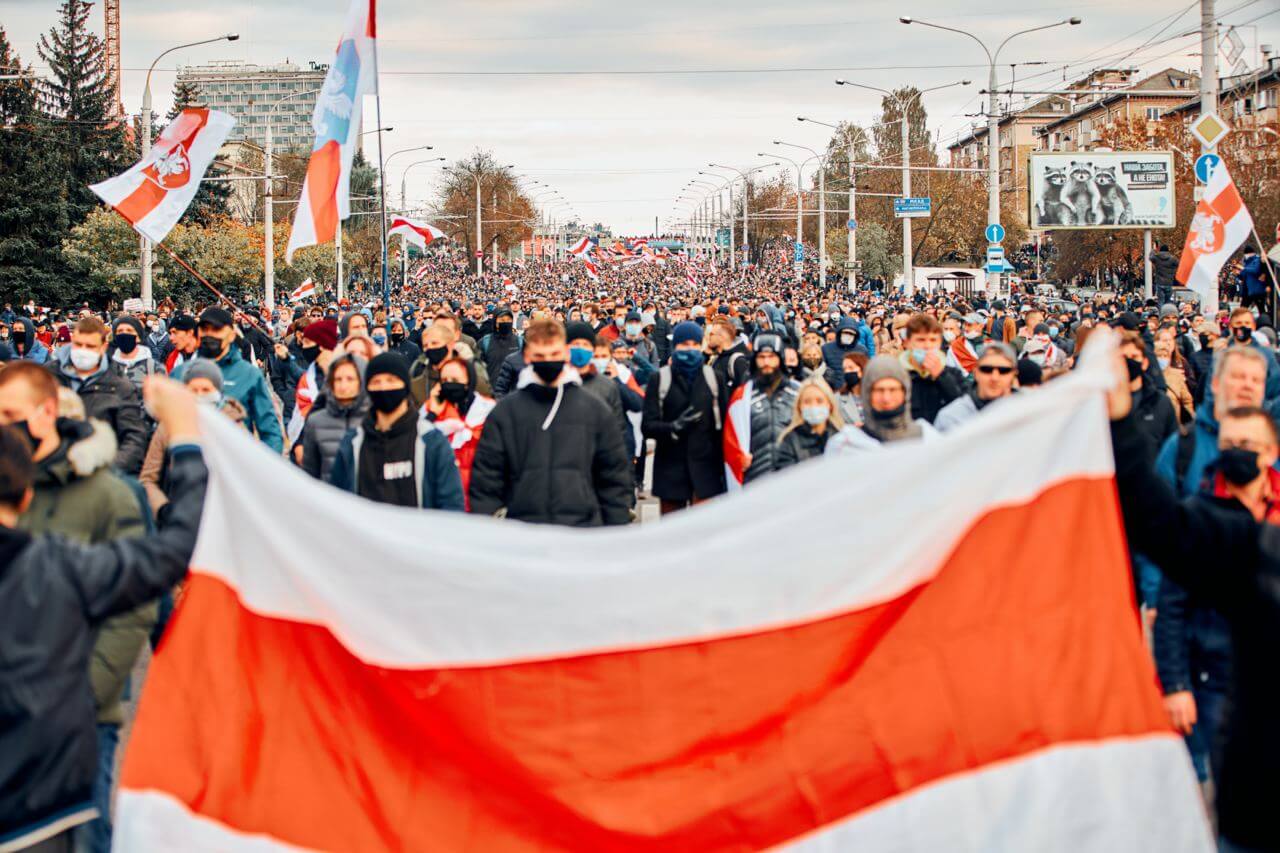 The parliamentarians of the OSCE Parliamentary Assembly may and should become the “engines” of such discussions in their national parliaments.

Once again, we would like to pay attention to the following key recommendations of the Report for OSCE member states and the international community:

The establishment of an international investigative body on atrocities conducted in Belarus will undoubtedly require the involvement of significant resources, both intellectual and other, to resolve numerous legal collisions, including those of international nature. But the importance such institution can hardly be overestimated. In the event of democratic transition in Belarus, the issues related to the creation of such body will be somewhat simplified (since new legitimate authorities will actively cooperate with this body and will undoubtedly support its work). At the same time, any country that has a provision on the application of universal jurisdiction within its legal system and currently hosts the victims of atrocities in Belarus, can already start working in the area of legal prosecution of criminals from among the employees of Belarusian security organizations.

In principle, how this report will “work” towards Belarus and the representatives of the regime of Aliaksandr Lukashenka now depends on two factors:

The only weakness of the OSCE Moscow Mechanism is the lack of clear instructions (within OSCE documents) on what exactly should happen after the Report has been presented to the member states. It has become a common practice to acknowledge that independent OSCE institutions and OSCE member states themselves should get to work on the matter after a Report was presented. That is why each country and international organization interested in peaceful resolution of the situation in Belarus should have its own action plan in relation to the Report that was released today. 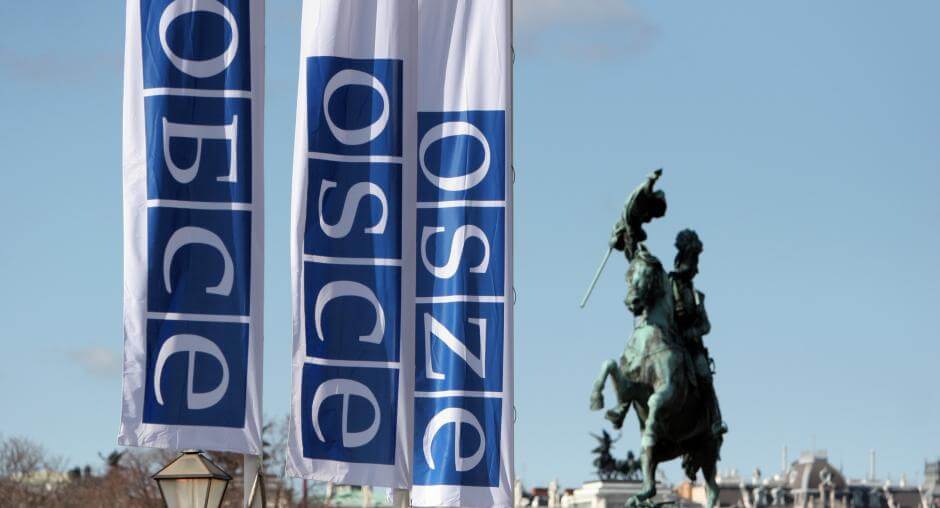