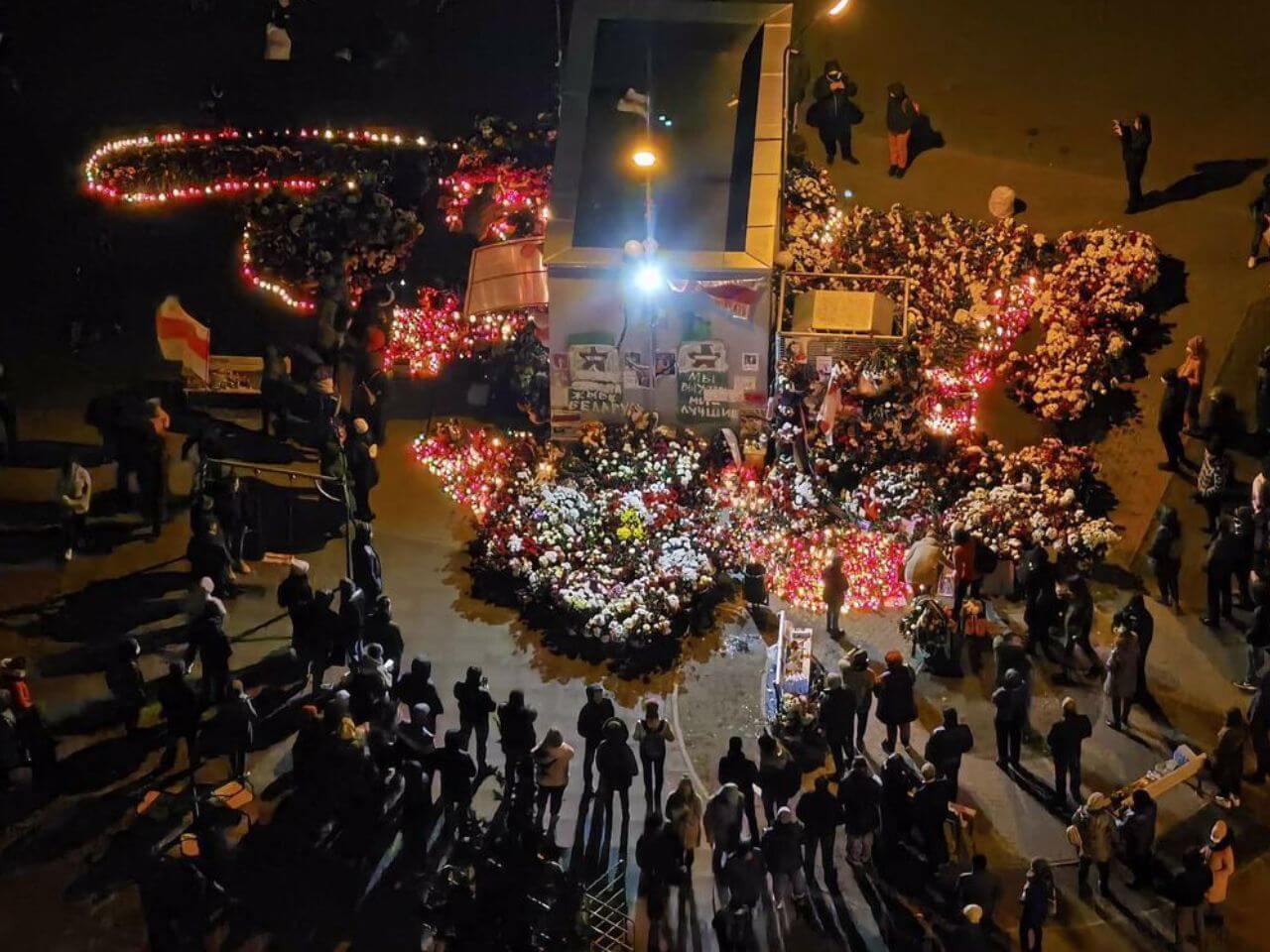 Since November 12, thousands of people bring flowers and candles to the yard where Raman Bandarenka was kidnapped before he was killed by the employees of interior ministry.

Protests in Belarus continue for 96 days. Today, president-elect Sviatlana Tsikhanouskaya announced the creation of a People’s Tribunal and an amnesty to law enforcement employees who will capture Aliaksandr Lukashenka and «members of his terrorist group» involved in crimes against civilians in Belarus.

Today, people across the country line up in solidarity chains to honor the memory of Raman Bandarenka who was beaten to death by Belarus law enforcement officials the night before. Raman was detained in his own yard in late evening of November 11. He died in hospital of severe injuries caused from brutal beating.

Belarus ministry of healthcare reported 111622 cases of COVID confirmed in 2020. Over the last 24 hours, they reportedly recorded 1167 new cases — which is an absolute record within official reports. Earlier this week, acting deputy prime minister Ihar Petryshenka acknowledged that up to 1.9 million people were infected in Belarus. This proves that the officially reported results were manipulated and intentionally understated by 94% during the pandemic.

The Investigative Committee has suspended the investigation into the death of Aliaksandr Taraikouski. Taraikouski was the first person murdered by law enforcement during post-election protest. He was shot dead from a shotgun at a close range on August 10. He presented no threat, and was shot when slowly walking towards the police with hands raised high in an open area. Not a single criminal case on the fact of violent deaths of protesters were initiated so far. According to Conflict Intelligence Team, Taraikouski was shot either by KGB special unit Alpha or interior ministry’s Almaz unit. 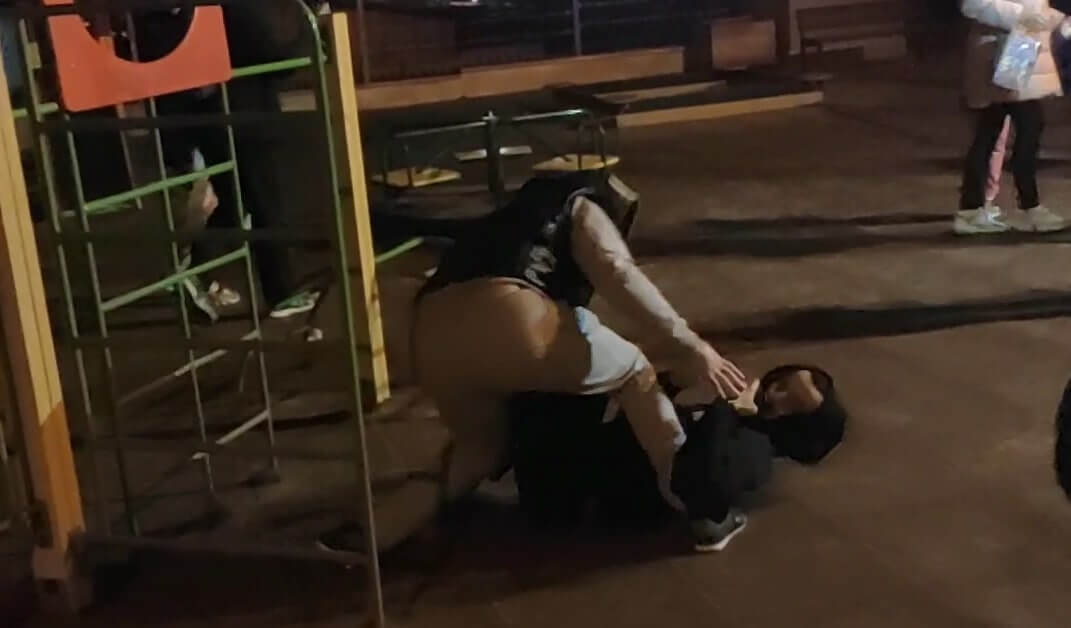 The kidnapping of Raman Bandarenka, Raman is beaten of his feet and remains on the ground (video grab)

OHCHR estimates the number of people who were illegally detained in Belarus has already exceeded 25,000 people. The OHCHR specifically notices that the Belarusian authorities are increasingly bringing criminal charges against people. Now at least 231 individuals, including three journalists, who were detained on November 1 during a peaceful demonstration are now charged within a criminal case concerning the organization and active participation in actions that “grossly violate public order” – a charge that potentially carries a prison term of three years.

Belarusians will be deprived of their citizenship for participating in «terrorist» or «extremist» activities, as well as causing «grave harm to the interests of the country» if the parliament will pass new update to citizenship law that was made public today. This was announced by the deputy of the House of Representatives and former beauty pageant Maryia Vasilevich (23) who is rumored to be in close personal ties with Aliaksandr Lukashenka. Since Lukashenka and state officials made direct correlation between peaceful protesters and «terrorism» or «extremism», it is highly probable that the updated law will be used to impose repressions on Belarusians who are now actively criticizing Lukashenka’s regime or participate in protests. Vasilevich and all individuals related to the creation and passing of this law should be immediately considered subject to international personal sanctions for imposing new repressive instruments against civil population in Belarus.

On November 13, unknown people with no insignia broke into editorial office of Narodnaya Volya (Народная Воля), one of a few private newspapers covering politics. It is no doubt that these people represented law enforcement (most likely, interior ministry). They rejected to introduce themselves, or provide any documents, or explain their activity. All circulation of the newspaper was stolen by OMON workers who arrived to the spot. The driver who brought the newspaper, as well as two volunteers, were kidnapped.

The European Union announced its readiness to impose additional sanctions against acting Belarus officials, says a statement by the European External Action Service on the death of Raman Bandarenka. The European Union has already imposed sanctions on 55 individuals responsible for violent repression and intimidation.

UN Security Council’s AOB on Belarus was requested by Estonia, Belgium, France, Germany and the United Kingdom on August 11, 2020. The parties discussed that the crisis in Belarus can be resolved only through peaceful and inclusive national dialogue and new democratic elections, reports Estonia’s MFA.