A Czech-based group of Belarusian diaspora, Prague Support Team (PST), announced the creation of Belarusian aerial intelligence unit that will be formed from Belarusian legionnaires fighting in Ukraine. PST also expanded the nomenclature of its individual sets of equipment delivered to Belarusian fighters located in Ukraine.

PST is a group of Belarusian volunteers based in Czech Republic. Along with Lithuania-based BYSOL, they are known as major suppliers of Belarusian fighters who joined Ukraine’s foreign legion. PST is best known for providing three forms of support to Belarusian soldiers in Ukraine’s frontline:

1. Assembling and sending the Prague Kits to Belarusian fighters in Ukraine (foremost – to recently formed Pahonia regiment that is trained by American, Polish and Czech instructors). Each Prague Kit is a complete set of military equipment and protection that includes over 50 items: full military uniform, boots, body armor, eye and knee protection, warm clothes, sleeping bag, underwear, socks, equipment items (flashlight, knife, etc.), a full first aid kit (according to IFAK), backpack, hygiene items, necessary tactical bags, and more (see image above). Most of the equipment is military equipment of NATO countries that covers the needs of each volunteer recruit. Prague Kits were recently expanded in size to provide greater comfort to Belarusian fighters.

2. The production of level 4 body armor sets for Belarusian volunteers (the kits are produced from Swedish steel).

3. Maintaining the operations of Belarusian training and logistics center in Poland. 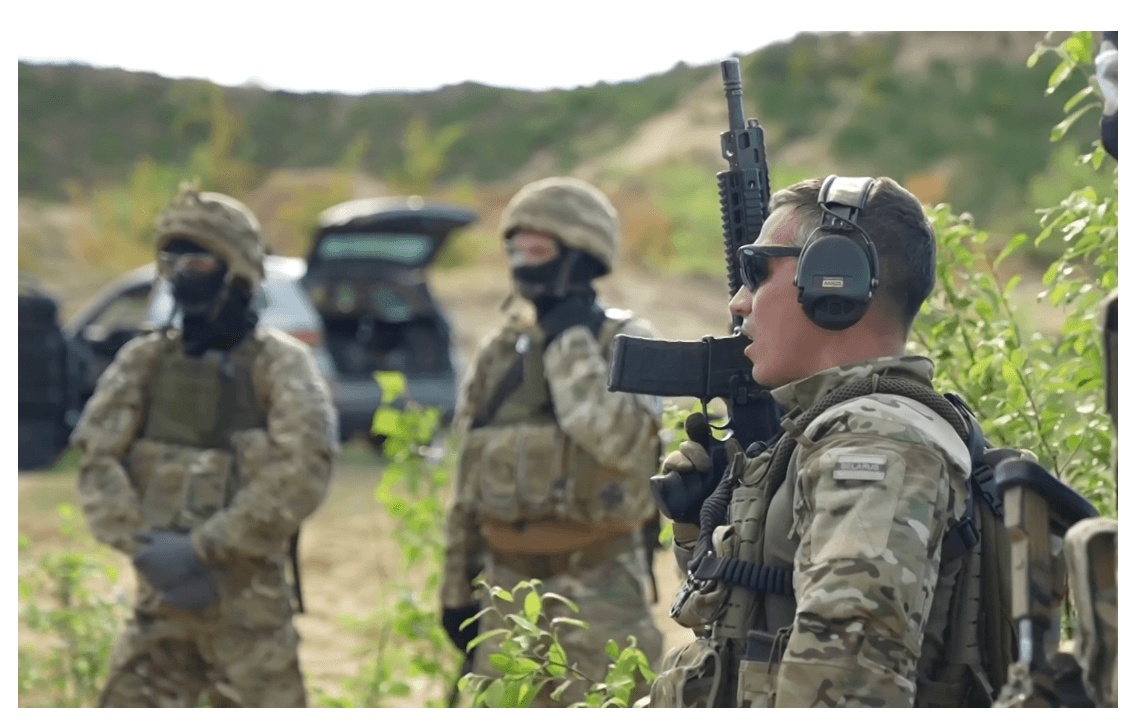 While Belarusian units continue to grow in numbers (with Kalinouski regiment being the largest Belarusian military formation in Ukraine’s that reached the size of nearly 500 fighters in April 2022), their members gain more and more military experience. In June 2022, numerous members of Kalinouski unit who fight at the frontline right now as well as recently deceased soldiers were provided with Ukrainian military awards for participating in defense of Kyiv region and other major battles that took place since February 24, 2022.

Belarusians from Kalinouski regiment are currently fighting along with Ukraine’s army at the most dangerous part of the front: in and around the city of Severodonetsk where Russia’s army gathered the largest numbers of its troops in an efforts to breach the defense of Ukraine’s troops. Meanwhile, Belarusian hackers continue attacks on Lukashenka-controlled digital control systems and Russia’s supply lines – in addition to publishing new leaks (the most recent one provides the recordings of wired phone calls made by Russia’s diplomats working in Belarus).

Since February 24 2022, at least six Belarusian volunteers were killed in action by Russia’s troops operating in Ukraine. 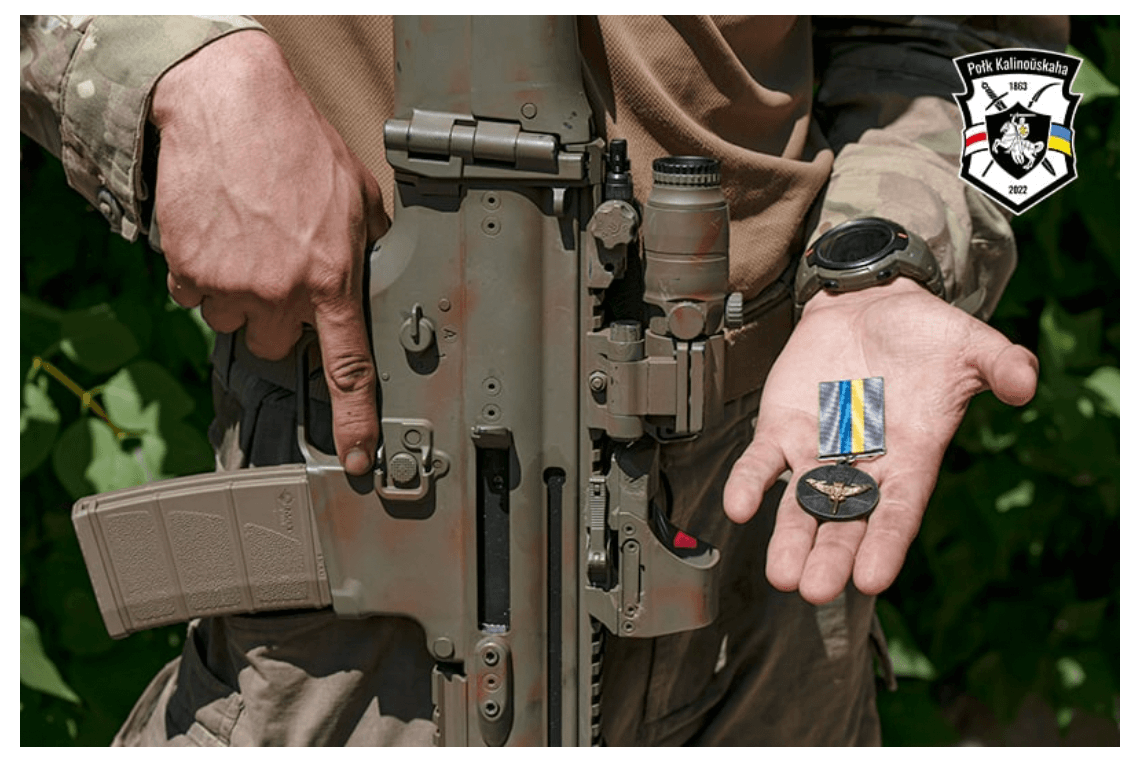 The Head of Tsikhanouskaya’s Cabinet of Representatives and representative for international affairs Valer Kavaleusky expands operations of her office in Kyiv. Last week, Kavaleuski provided a few updates on resolution of issues that Belarusian diaspora was facing in Ukraine since February 2022: including freezing of bank accounts of all Belarusian citizens and difficulties with Ukraine’s residence permits.

Last week, Kavaleuski had a meeting with the leadership of the National Bank of Ukraine and raised an issue of bank accounts owned by Belarusian citizens in Ukraine. Reportedly, the first group of Belarusians has already been released from restrictions and can use their accounts. Tsikhanouskaya’s representative also met with the head of the Verkhovna Rada Human Rights Committee to discuss the development of mechanisms that will help resolve the problem of residence permits for Belarusians living in Ukraine. Both problems are not yet fully resolved, but Tsikhanouskaya’s office continues consultations with Ukraine’s government to resolve the issue that targets Belarusians indiscriminately – without any consideration of their active participation in defense of Ukraine. By discriminating Belarusians, Ukraine’s leadership helps Russia promote its propagandistic message of «one nation». 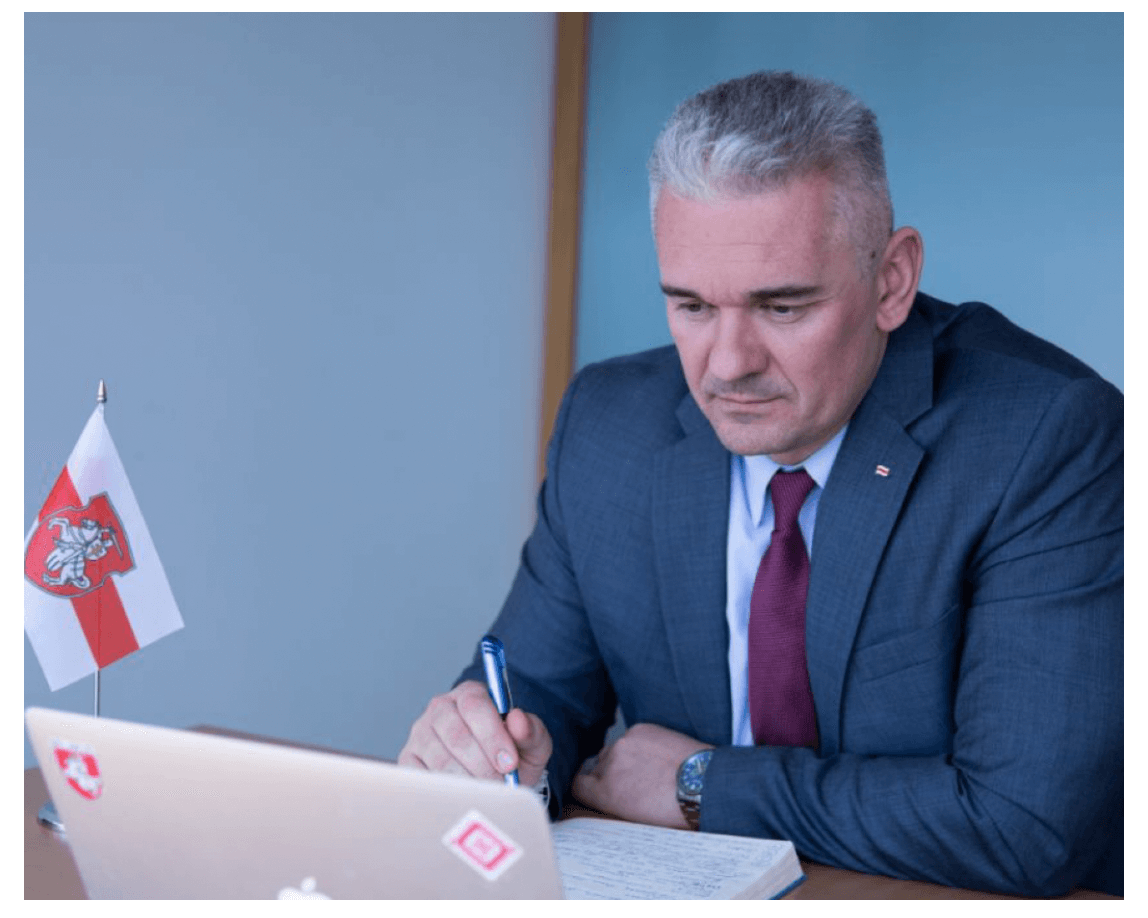 Kavaleuski additionally highlighted that the office of Sviatlana Tsikhanouskaya remains in touch with Ukraine’s officials to rise the issue of Lukashenka’s international criminal responsibility for war against Ukraine. Lukashenka is now trying hard to represent himself as neutral observer of war between Russia and Ukraine and even speaks of the West willing to «drag» him into the war.

Simultaneously, Lukashenka renews military buildup along the border with the EU and Ukraine to express his loyalty to Vladimir Putin and distract Ukraine’s troops — but no more than this. Four months into the war, Lukashenka’s role in Bucha massacre and genocide of Ukrainians remains largely unnoticed: there are no legally-binding instruments applied against Lukashenka internationally. Instead of bringing Lukashenka to responsibility, Western leaders either ignore the topic, or substitute it with plain rhetorics that have no legal consequences and provide no justice for the victims of Lukashenka’s war crimes.

The question of Lukashenka regime responsibility for war crimes is becoming even more important since its representatives are becoming increasing involved in Russia-led occupation of South Ukraine. Recently, the representatives of so-called «parliament of Belarus» and «state media» visited newly-occupied Mariupol and actively supported the occupation of Ukraine’s land. The visit of Lukashenka’s propaganda workers is especially notable: the team of most notorious Lukashenka-controlled «journalists» begins to operate along with RT «influencers» forming single occupation narrative for audiences in Belarus and Russia. Lukashenka-controlled channels and radio stations that freely operate on YouTube name Ukraine as «UkroReich», «UkroJunta» and provide Russia-led misinformation to Russian-speaking audiences internationally – via YouTube, Telegram and other social media platforms. 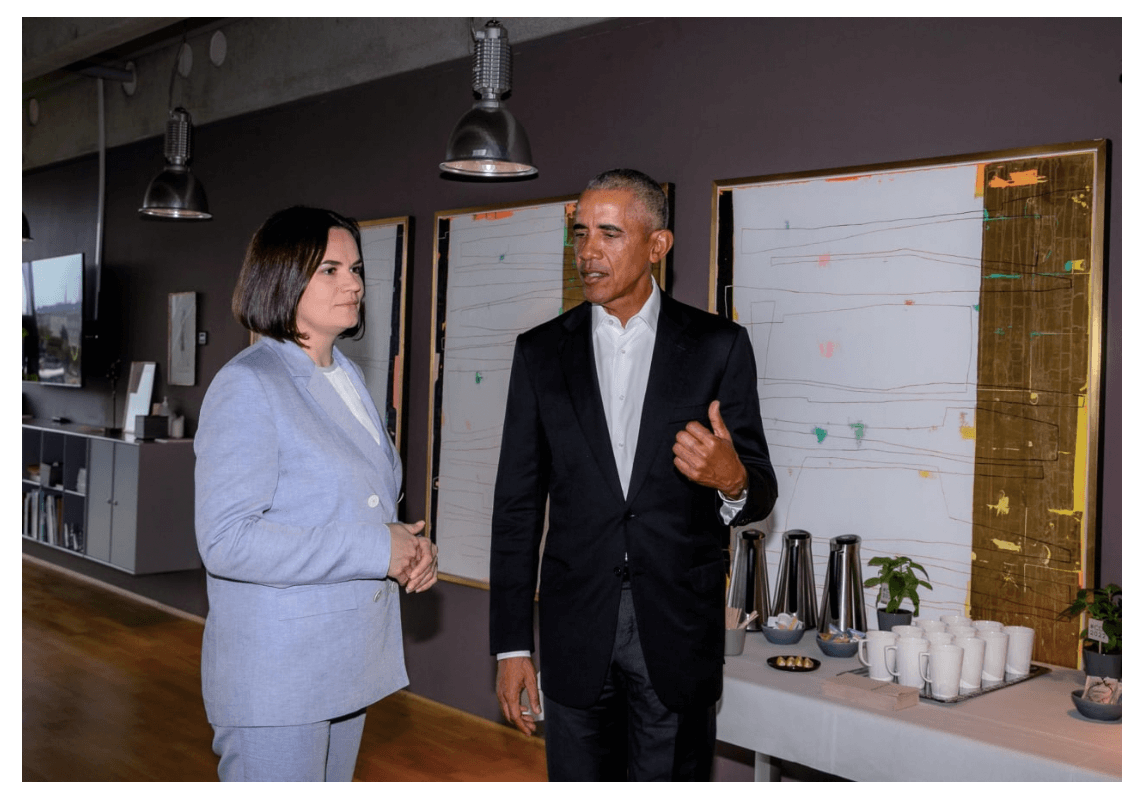 In the last two weeks, Sviatalana Tsikhanouskaya met with Barack Obama and the leaders of Latvia, Portugal and Denmark discussing the matters concerning support of Belarusian diaspora in these countries. She also met with the leadership of a few major high-tech companies from the United States to ensure the removal of Minsk-based propaganda materials from social media. Although the matter of hate speech and propaganda in Lukashenka-controlled media remains high on the agenda of pro-democratic activists from Belarus, tech companies and Western governments are reluctant to remove such content – unlike in case of RT and other Kremlin-controlled outlets. However, there are positive signals in direction of work with Meta, Tim Tok and Alphabet.