Photo: A group of Belarusian volunteers from Kalinouski Regiment during a battle in Ukraine

RUSSIA CONTINUES TO USE BELARUS AS ITS BOUNTY AND MISSILE LAUNCHPAD

Last week, Russian troops continued rocket attacks from the territory of Belarus into northern Ukraine. The attack on Thursday July 28 was one of the largest since February 24, 2022. Belarusian monitoring project «Belarusian Hajun» reported 25 missiles launched from Ziabrauka airfield (Homiel region). The rockets were launched in the early morning hours: they hit Ukrainian city of Zhytomyr, and various locations in the Chernihiv and Kyiv region. The attacks were later confirmed by Ukrainian officials.

Despite continuous use of Belarusian territory for missile attacks against Ukraine, the risk of participation of Lukashenka’s troops in land operation in Ukraine is currently estimated as low by both local experts and foreign analysts. Ukrainian analysts and media, however – mistakenly or intentionally – insist that the threat of land operation led by Lukashenka troops in Northern Ukraine is almost immediate. This creates a dangerous precedent when politically-charged statements undermine the importance of fact-based risk analysis in times when Minsk regime continues its military activity on the border with Ukraine aiming to distract Ukraine’s army and assessment of threat needs to be very careful.

It is important to highlight that Russia’s war crimes in Ukraine are accompanied by aggressive russification campaign of Belarus and wipe-off of Belarusian culture, literature and history from public spaces, museums, libraries, education system and other sensitive areas of social life in Belarus. The instruments vary from the destruction of books to major denial of culture rights as such. With Lukashenka moving ever closer to Putin as a result of his post-2020 paranoia, Russia’s proxy in Minsk is doping everything to destroy the legacy of centuries-long ties of Belarus’s and neighboring Lithuania, Poland, and Ukraine. The campaign of russification underlines the need to support creative industries and culture activists from Belarus – including Belarusian artists who were en masse forced into exile since 2020 and currently reside outside of Belarus.

However, it is not just the status of Belarus itself, but the status of Lukashenka who – even two years after international derecognition – is often repeatedly referred to as the «president of Belarus» by foreign government officials or foreign media outlets. In the most recent case, the British Ministry of Defense referred to Lukashenka as «Belarusian president» although Britain deliberately refused to recognize the results of 2020 elections – and does not recognize Lukashenka in any official capacity (that recently led to the recall of Lukashenka’s «ambassador» from the UK).

Such inconsistency provides wrong perception to international audiences, as well as Lukashenka regime, its opponents – and, most importantly, the victims of his crimes. Calling Lukashenka «president» is a serious factual mistake that needs to be avoided in public statements as well as media reports covering Belarus and ongoing war in Eastern Europe. It is offensive to Belarusians to the same extent as it would’ve been to Ukrainians if Viktor Yanukovich was named current «president of Ukraine» in government statements or media reports about current situation in this Eastern European country.

Despite colonial policies of the Russian Federation and their local proxies in Belarus, the status of the country remains unchanged in legal terms since illegal influx of Russia’s troops into Belarus in early 2022. Belarusian diasporas internationally address foreign governments in their host states, including the US, to finally recognize Belarus as an occupied country – «because Lukashenka is an unelected usurper who is currently hosting the military of the terrorist state of Russia on Belarusian land without a mandate from the Belarusian people».

Non-recognition of Belarus as an occupied territory serves in Putin’s interest and increases negative sentiment to Belarusian population internationally (and, most dangerously, among the Ukrainians – who do not necessarily separate Lukashenka regime from Belarusian civilians who remain under his illegal rule). The recognition of Belarus as an occupied territory would simplify Russia-related policy making on sanctions (since Belarus is still widely used as a loophole for sanctions evasion) as well as assessment of nuclear proliferation threat and other military-related risks in the aftermath of January 2022 military occupation of Belarus by Russia’s troops – that now puts Europe at a lot greater risk than ever before. 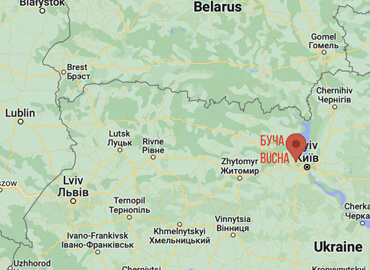